Rivieras to Roman Ruins: The Ultimate Guide to Touring Italy

While Italy’s art and food scenes are a huge part of the country’s culture, there is so much more to explore while visiting. Here is the ultimate itinerary to touring Italy.

How much do you really know about Italy? Maybe you’re an art-enthusiast and know of the famous work by Michelangelo and Leonardo Da Vinci. Perhaps you are a foodie and can name the famous dishes of each region.

While Italy’s art and food scenes are a huge part of the country’s culture, there is so much more to explore while visiting. Here is the ultimate itinerary to touring Italy...

Benvenuto in Roma! Welcome to Rome! 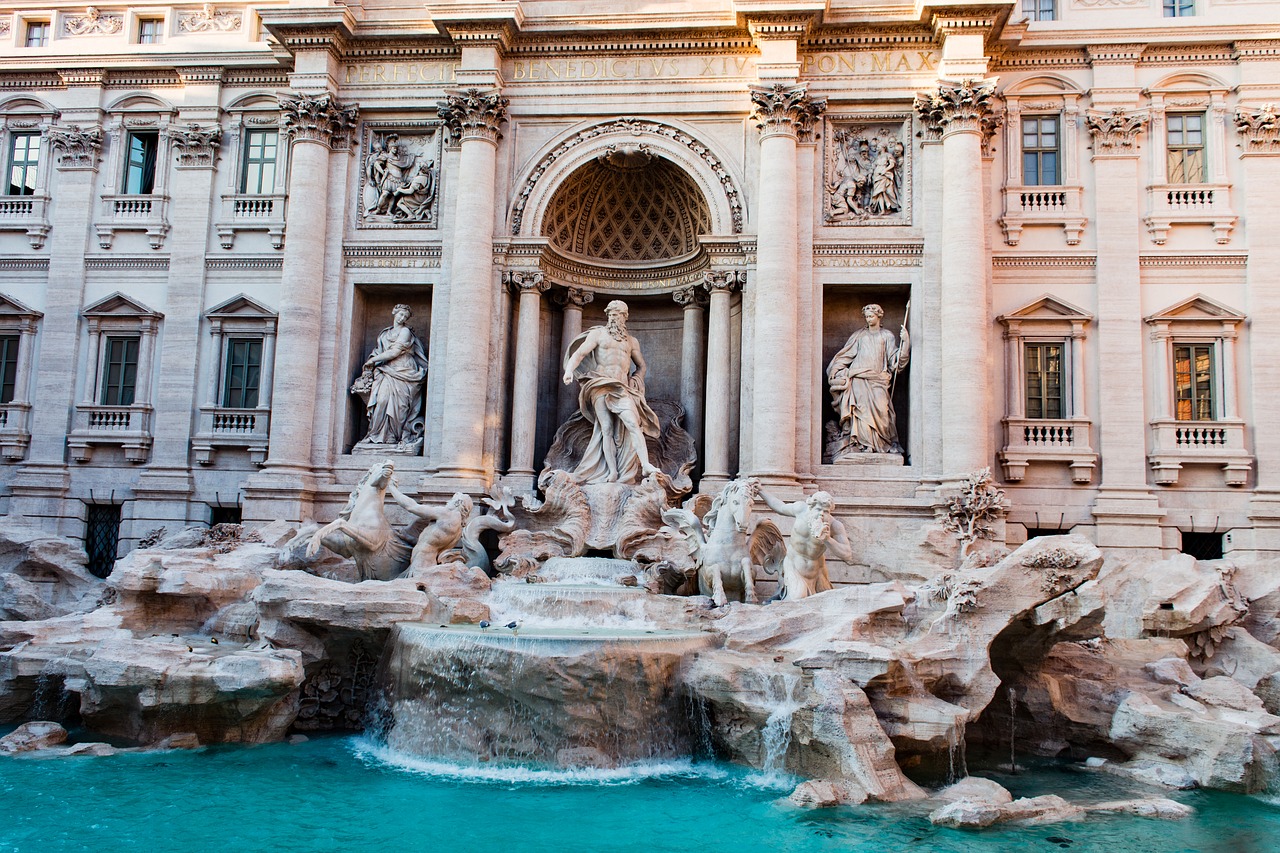 What better way to begin your holiday than starting out in Rome? You may just feel like Audrey Hepburn or Gregory Peck while you’re there!

After settling into your hotel, the day is yours to explore Rome. Over the next two days, you’ll visit the Vatican and the sites of Ancient Rome, so use this time to visit a museum (here’s a good list to consider) or do some light shopping for souvenirs.

You can’t go wrong by having an authentic Roman dinner. Not sure where to start? Here’s a guide to 10 great Roman dishes.

Did you know the Vatican City is its own country? Learn about that and more while visiting the holy city! 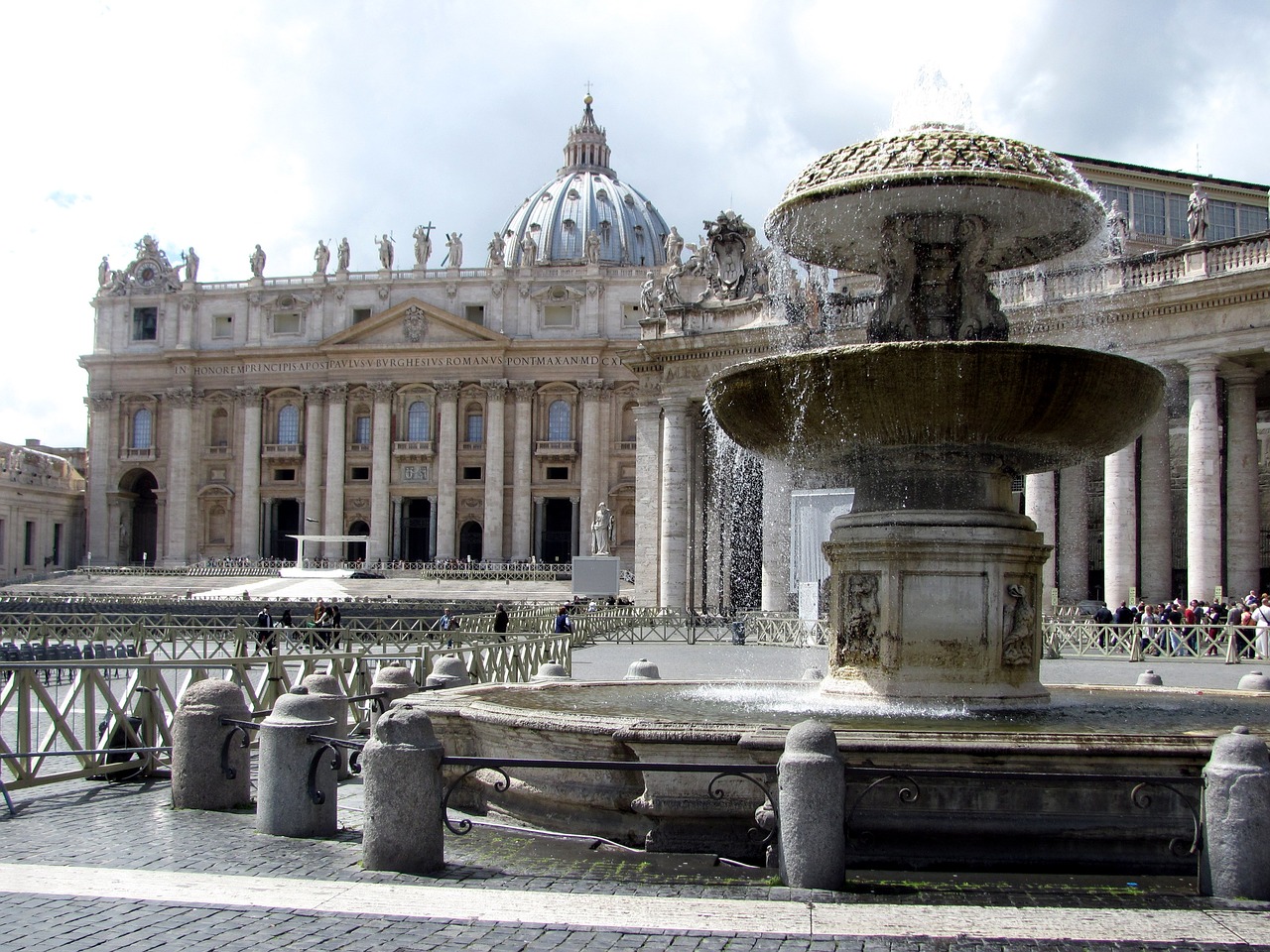 Not only is Vatican City its own country, it’s actually the smallest country in the world! Most people think of it as where the Pope lives, but there are nearly 600 citizens that call the Vatican home.

Enjoy touring the Catholic capital today and seeing the Sistine Chapel. On its ceiling is the famous mural painted by Michelangelo in 1508. St. Peter’s Basilica is another must-see while at the Vatican. Many Christians were persecuted and killed by Nero, including Peter. The church was constructed over the same area as their graves to honor them.

Tour the wonders of Ancient Rome, including the colossal Colosseum. 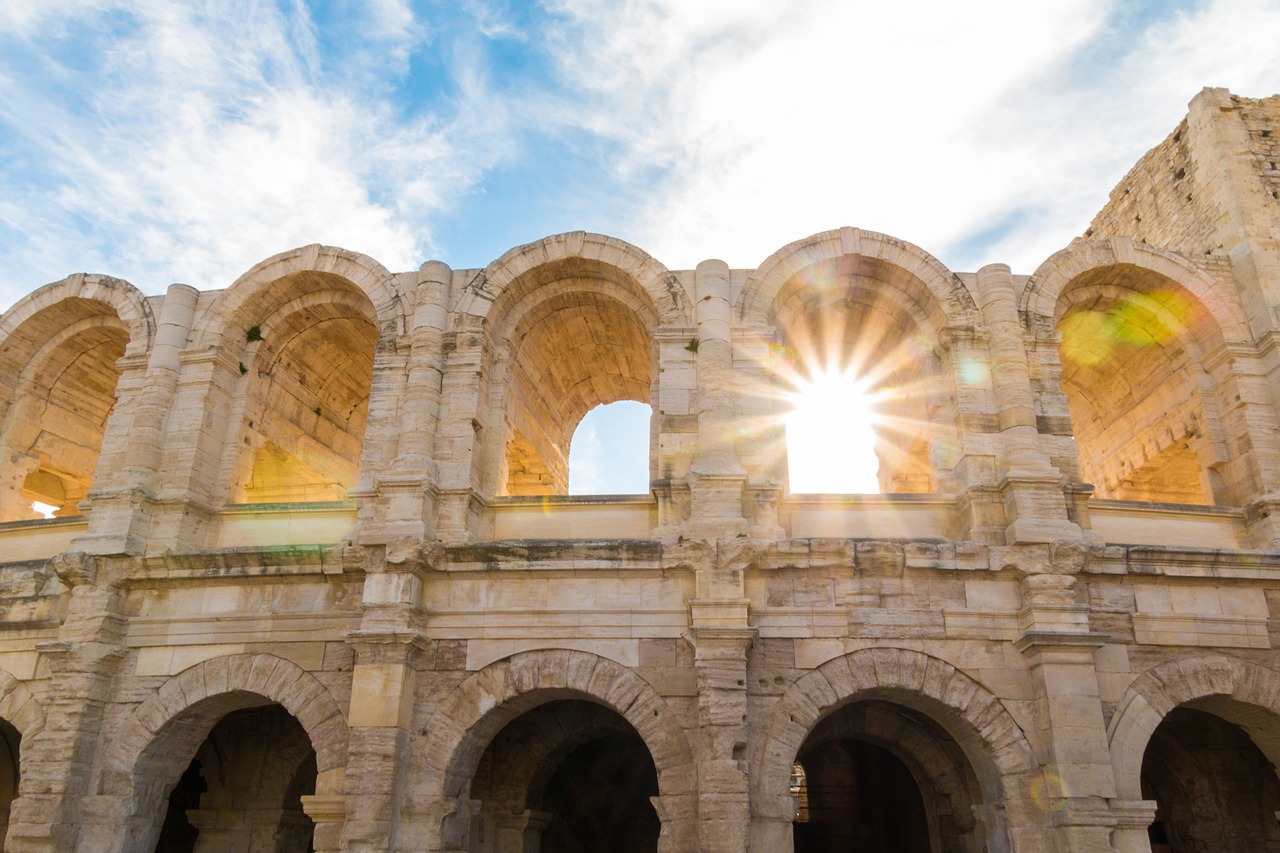 Walk the ancient streets of Rome to see centuries old monuments, such as the Colosseum. The amphitheatre, built between 72 and 80 AD, is the largest in the world. It could hold 50,000 people during its sports events, executions, and dramatic performances.

The Pantheon, a temple built to honor the gods, is still in spectacular form even though it was constructed between 118-125 AD. Roman concrete is a mixture of limestone and volcanic ash, which form crystals that prevented the spread of microscopic cracks.

Palatine Hill, a four-sided plateau, is where Rome was founded. Legend has it that founders Romulus and Remus, twin sons of Mars, floated down the Tiber River as infants to be deposited at the base of Palatine Hill. These days, the hill holds many artifacts and structures from the ancient days.

Take one of Europe’s famed high-speed trains to Naples. 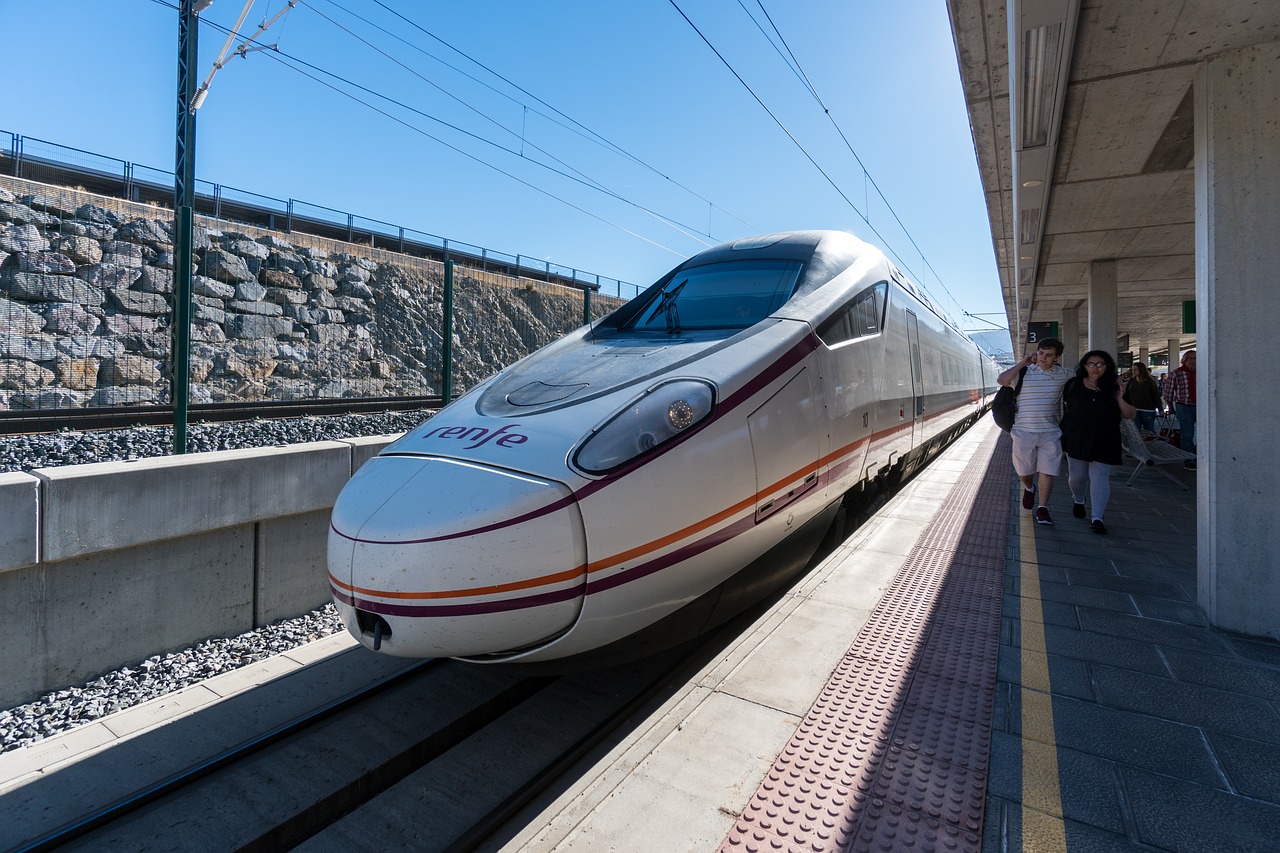 The absolute best way to travel within a European country (or even between a few) is via a high-speed train. Here’s why: Trains allow you to see much more of the country in a way that planes don’t. Sprawling vistas pass you by as you wind your way through the rolling hillsides.

Also, with Europe’s high-speed train, you get to places much faster than by car. So you still get that “road trip” feeling, but in way less time.

As you travel by train to Naples, you’ll be extra comfortable in a first-class compartment. After your arrival, a luxury van with transfer you to Sorrento, your home away from home for the next two days.

Spend your day soaking in the sun in Sorrento. 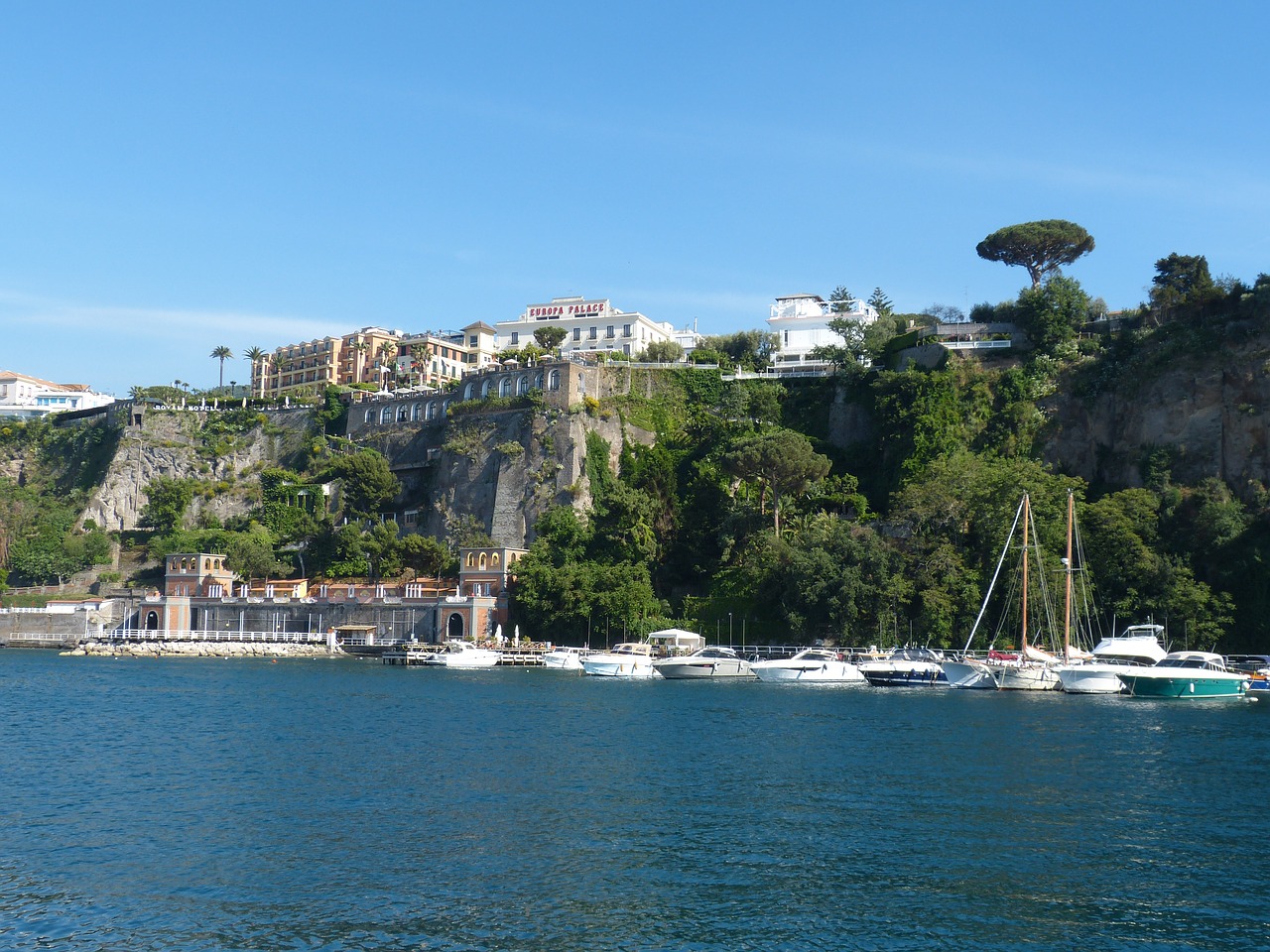 Ever wanted to see a mermaid? If the stories are true, there’s a good chance you could spot one in Sorrento! Okay, maybe you won’t see any mermaids, but that doesn’t mean this town isn’t straight out of a fairy tale or movie.

Nothing could be better than wandering through the coastal town of Sorrento on a sunny day. You’ll be at complete peace as you stroll down the streets with the warm seabreeze in your hair. Stop by any restaurant or bar to sample Sorrento’s famous libation—limoncello. This simple liqueur is made from sugar, alcohol, and a special kind of lemon that is only grown in the cliffside town. 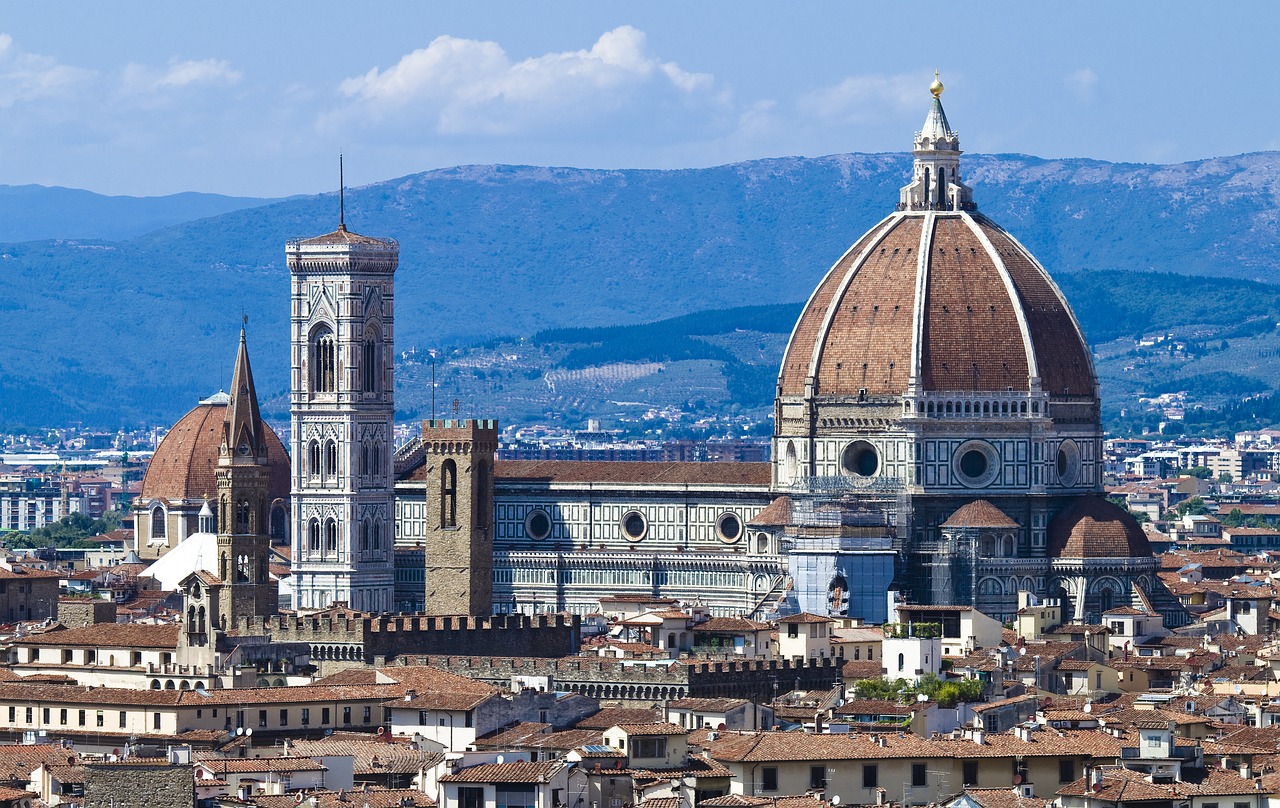 Time to take another high-speed train to Florence, the capital of Tuscany. It was in this region that the Renaissance began (the area holds many famous artworks by Da Vinci and Michelangelo).

Tuscany has made its mark on the modern age, too. Diane Lane’s Under the Tuscan Sun and Elizabeth Gilbert’s Eat, Pray, Love take place in the Tuscan region. Hannibal Lector’s drink of choice, the Chianti, is from Tuscany. And Florence is the birthplace of Machiavelli, who is considered to be the ‘father’ of modern politics and has inspired politicians from John Adams to Bill Clinton.

See the original ‘David’ by the magnificent Michelangelo. 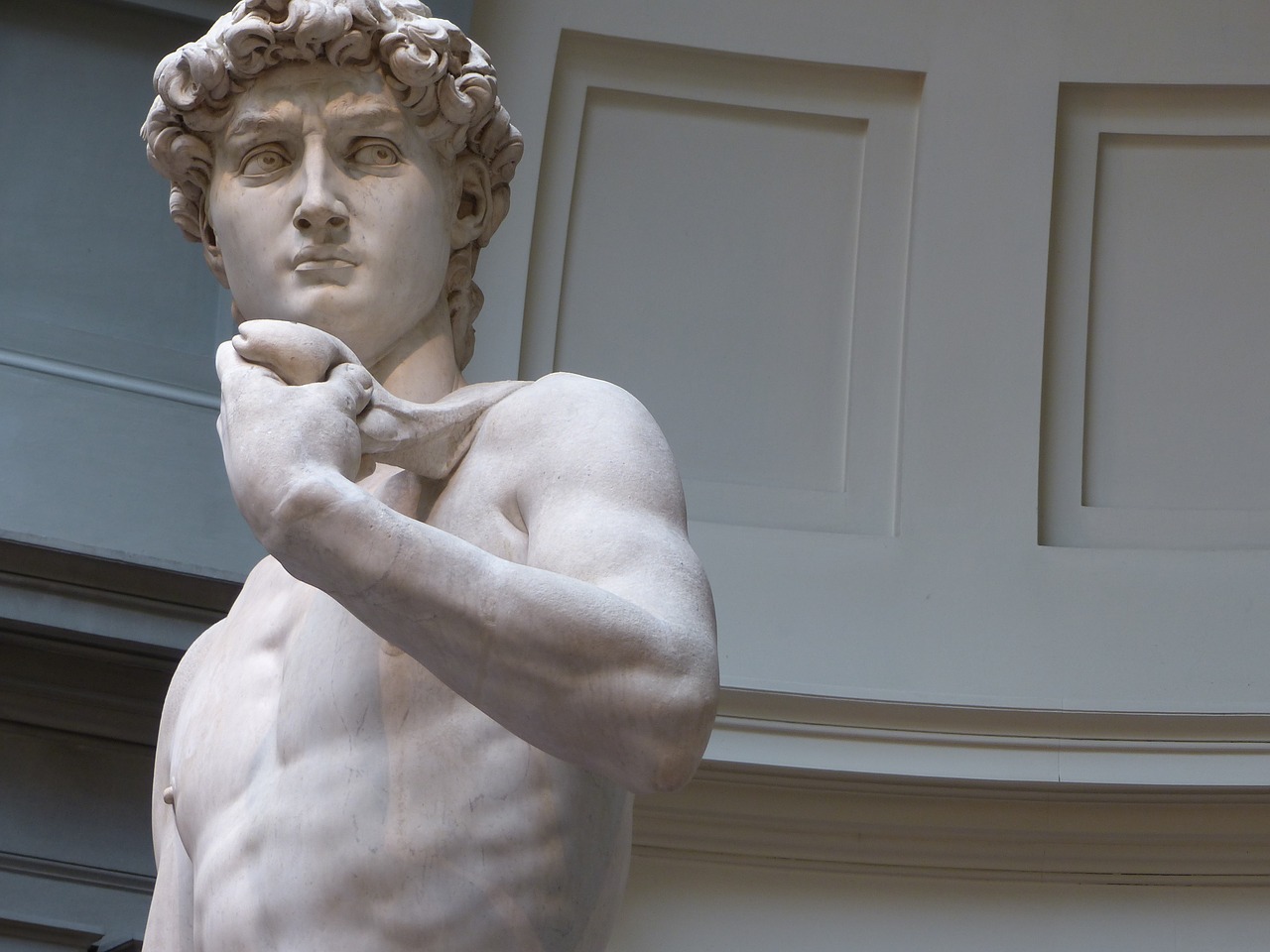 Today’s tour of the Accademia brings you to the striking statue of David by the masterly Michelangelo. The museum also holds many other tapestries, paintings, and other works of art by famous Italian artists, but none are as well-known as ‘David.’ Standing at almost 17 feet tall, the statue is made of solid marble and weighs in at 5,660 kilograms—that’s 12,478 pounds!

Michelangelo was only 26 when he began work on the Biblical hero. He spent over two years perfecting the piece. While originally supposed to be a part of the Duomo, the statue was moved to the Accademia in 1873.

Stay in the ancient cliffside and colorful town of Manarola. 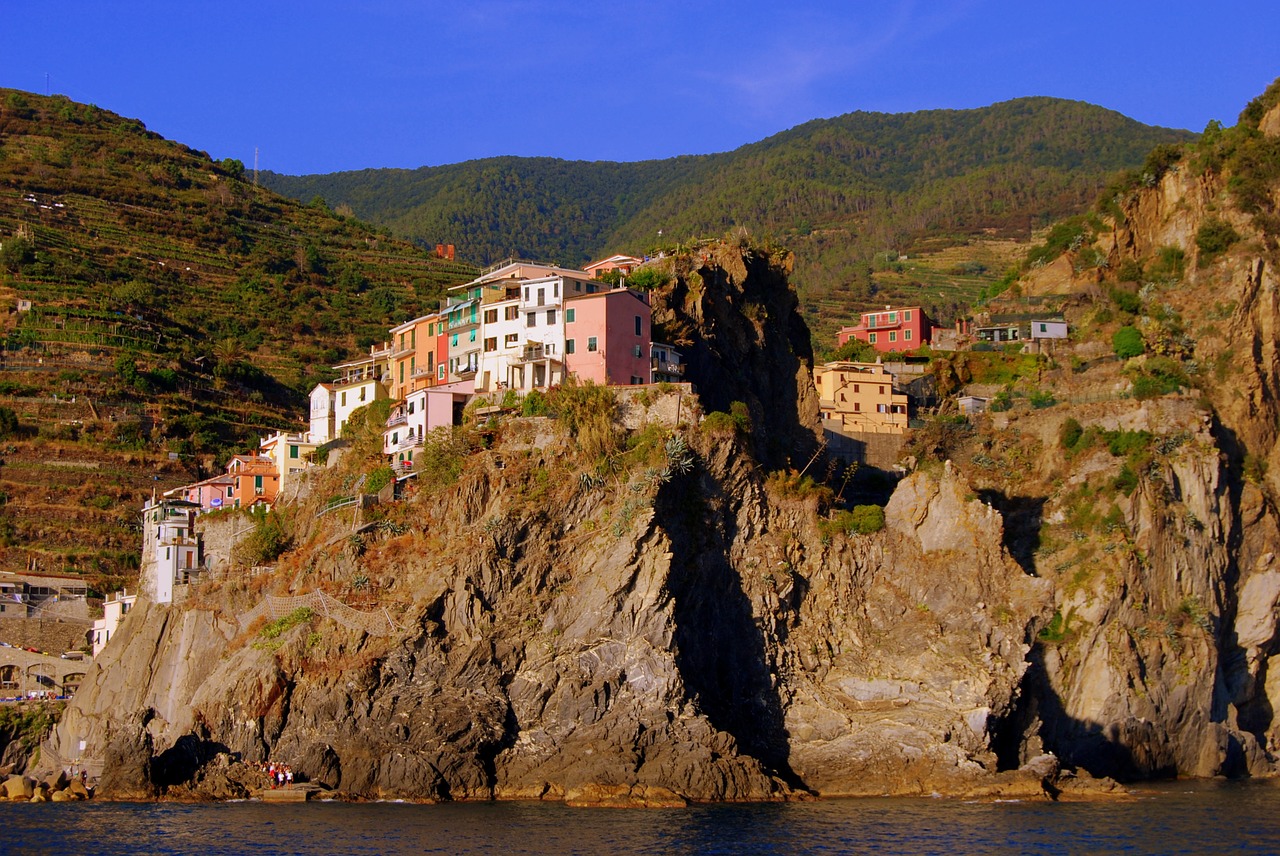 You’ve not likely seen anything like Cinque Terre. The group of cliffside towns along Italy’s rocky coastline are stunning. And you get to stay in one for two nights.

Manarola, the oldest of the Cinque Terre (meaning “five lands”) towns, is made up of colorful buildings that sit on cliffs. The warm pinks, yellows, and oranges of the various edifices mimic the beautiful colors of the sunset over the west coast of Italy.

Imagine sipping wine as the sun goes down and the shimmery stars begin to show—absolutely heavenly.

Relax and recharge along the Riviera in Cinque Terre. 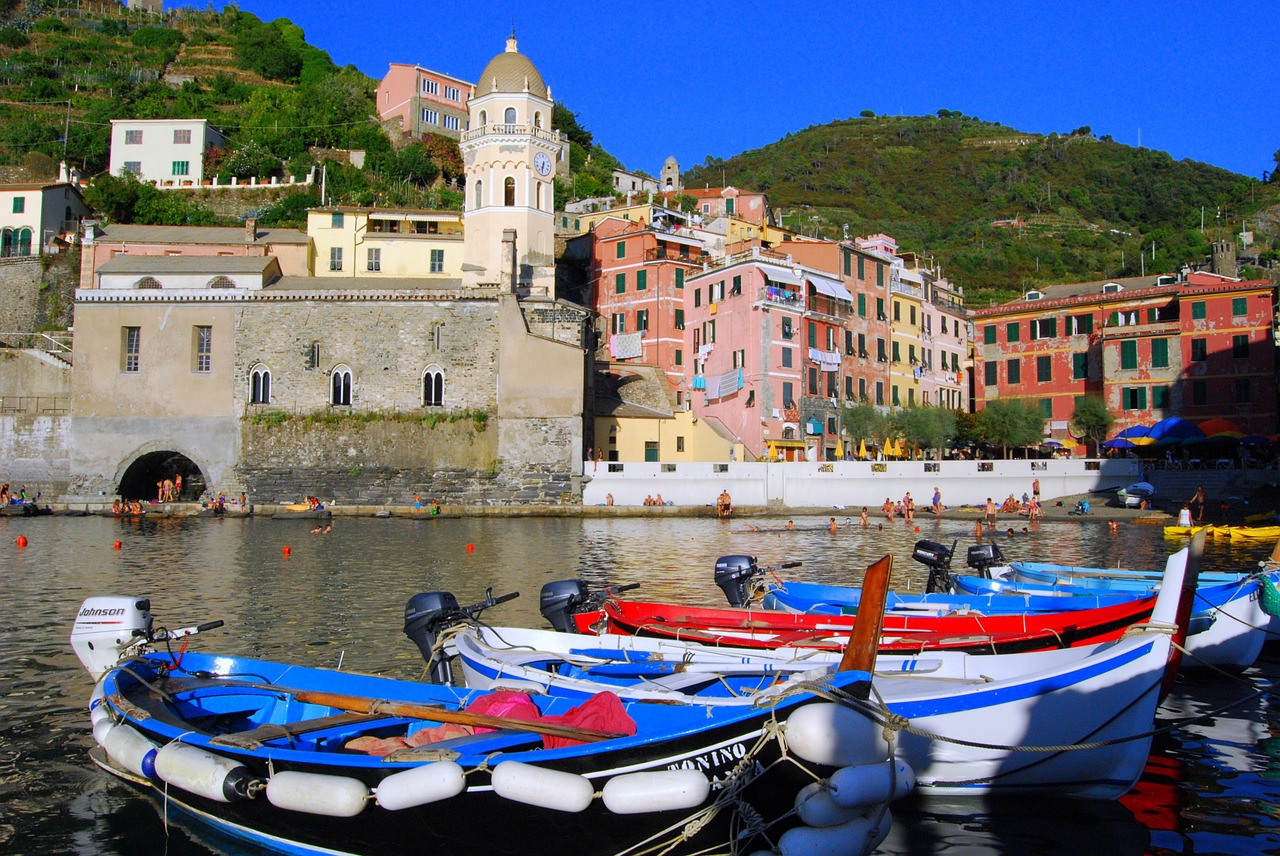 At nine days into your Italian tour, and there’s no better place to be than Cinque Terre. Since it’s been a little over a week of traveling, you’re probably ready for some R&R right now. Cinque Terre National Park provides the perfect paradise for such relaxation on Italy’s Riviera.

The park includes all five of the fishing villages that sit amongst the rocky western coast. Trails connect each of them, which are wonderful to walk or hike. It shouldn’t be a surprise that Cinque Terre is considered a UNESCO World Heritage site. The region is beyond breathtaking and a traveler’s paradise.

Cruise through the Venetian canals in Italy’s water city. 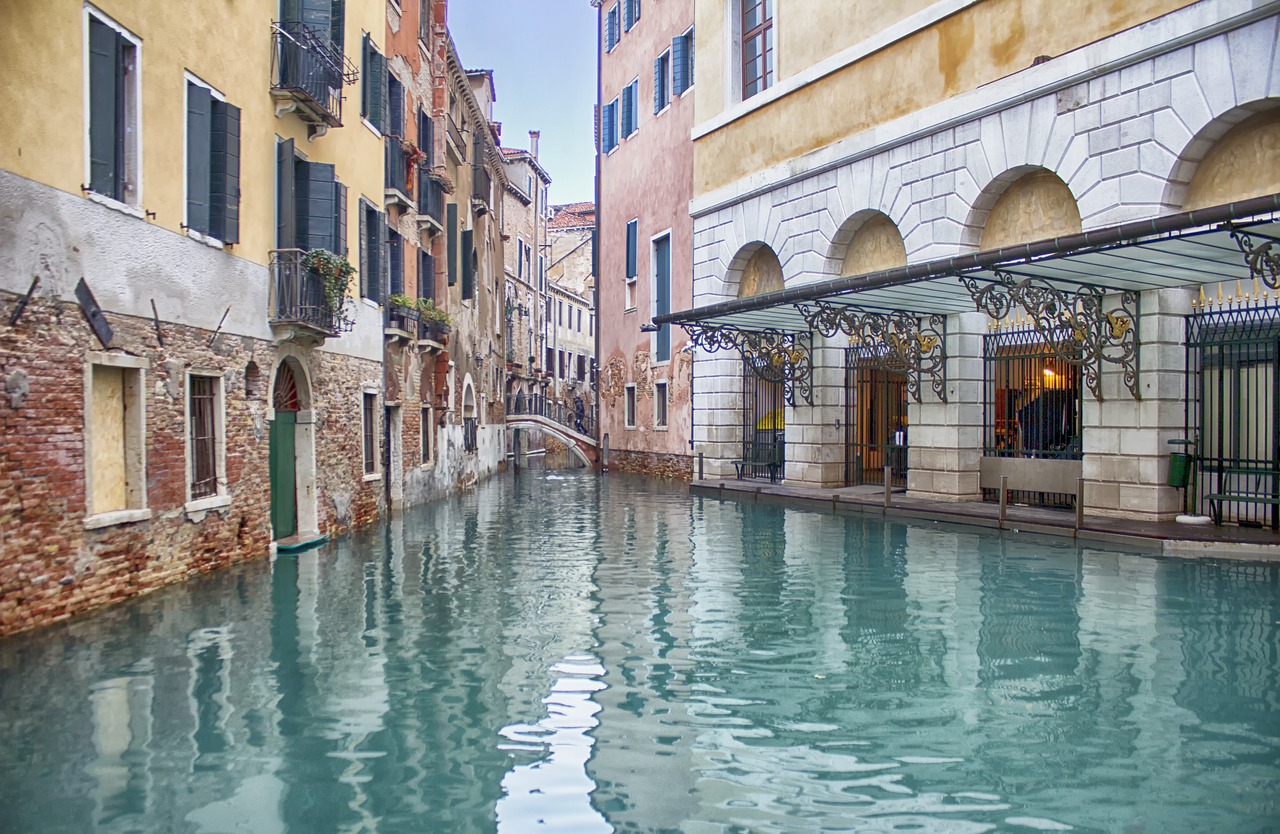 Venture to Venice, the city built on the sea. Everywhere you look, gondolas glide through the canals that act as streets for this age-old water town. Venice has always been a major port for Italy. In medieval times, the city was the cultural and commercial link to Asia.

One of Venice’s specialties is glassware. Be sure to pick up a small trinket to take home as a reminder of your time here. Stop by St. Mark’s Square for dining and shopping opportunities. You will most likely hear the tolling of the Clock Tower, featuring two Moorish figures striking the hours. You will no doubt love your time spent in this UNESCO World Heritage city.

Stroll around St. Mark’s Square and see the famous Basilica. 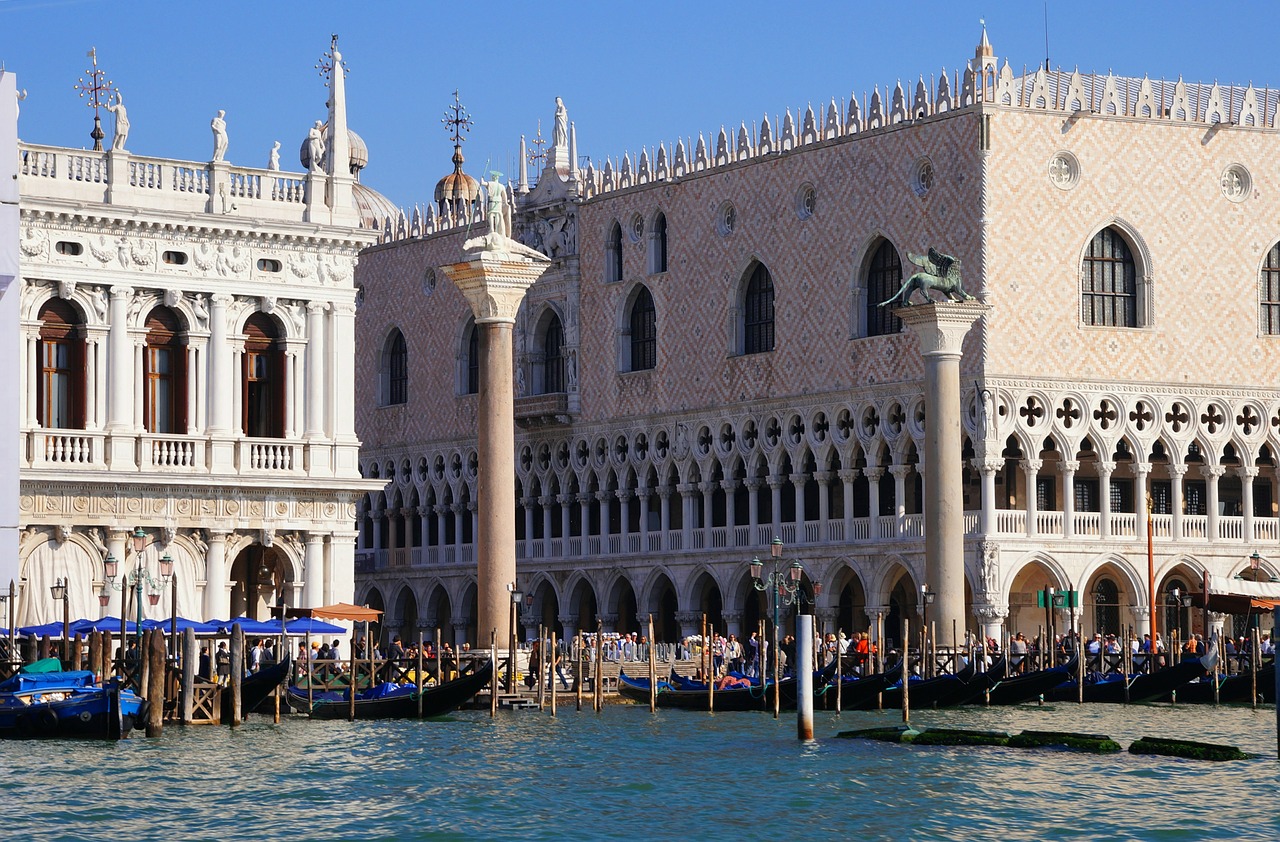 As mentioned, strolling through St. Mark’s Square is essential while visiting Venice. The present size of the square has been that way for almost a thousand years.

You’ll find St. Mark’s Basilica at the top of the plaza. Marvelous mosaics adorn the exterior of the building, portraying Biblical scenes. Above the central window, at the top of the church, is a statue of St. Mark surrounded by angels. Venice’s symbol, the winged lion, appears below in gold. This impressive example of Italo-Byzantine architecture inspires all, no matter their religious views.

Lounge with the likes of celebrities on the banks of Lake Como. 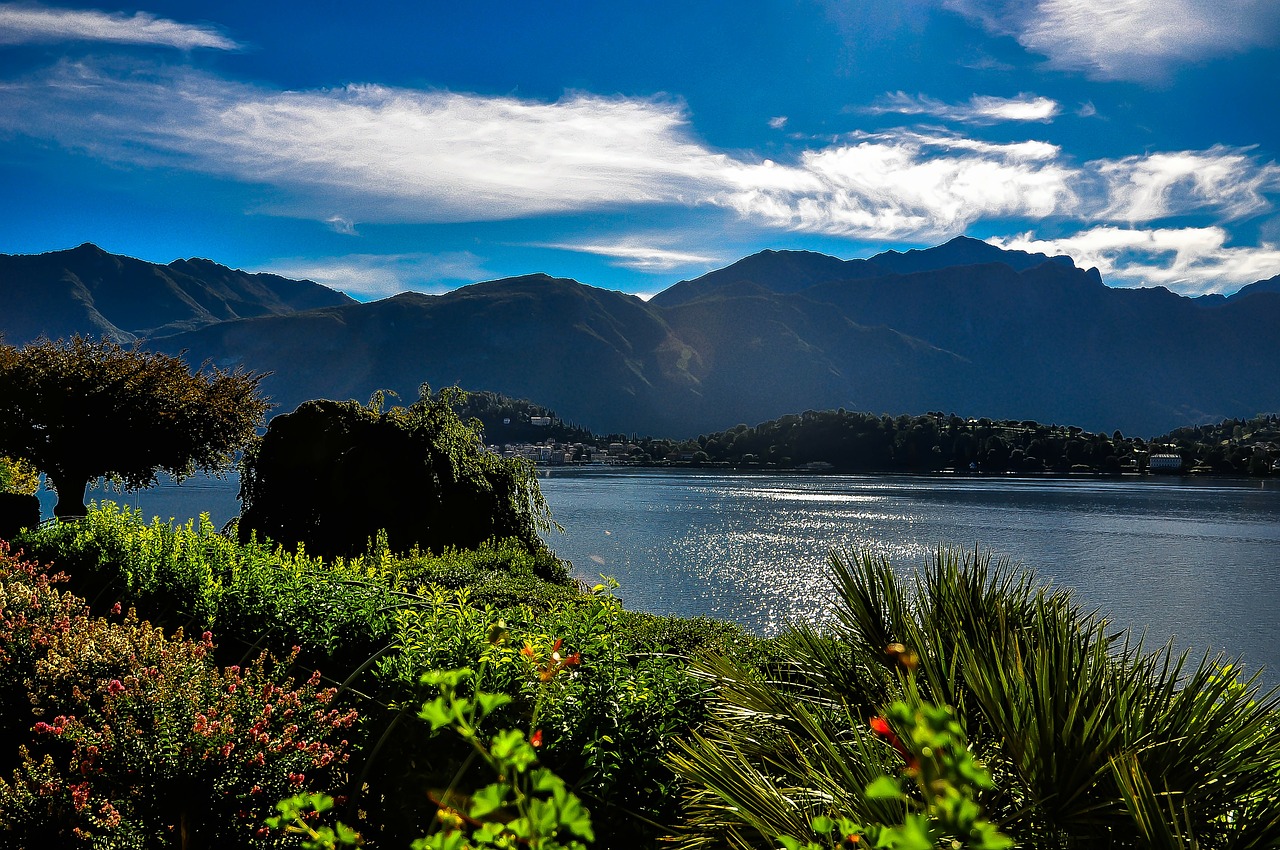 Did you know a good amount of celebrities have or have had house at Lake Como? It’s true! While you’re there, be on the lookout for the likes of George Clooney, Madonna, and Donatella Versace.

Lake Como is Italy’s third largest lake and very deep (660 feet below sea level!). Located in Northern Italy, the lake sits amongst the Alps near the Austrian border. The resort town is known for its spas, landscapes, wildlife, and water sports (such as sailing, windsurfing, and kayaking). In July, the average temperature is a balmy 74 degrees fahrenheit, the perfect escape from a hot summer.

Explore Como, a town full of history and amazing architecture. 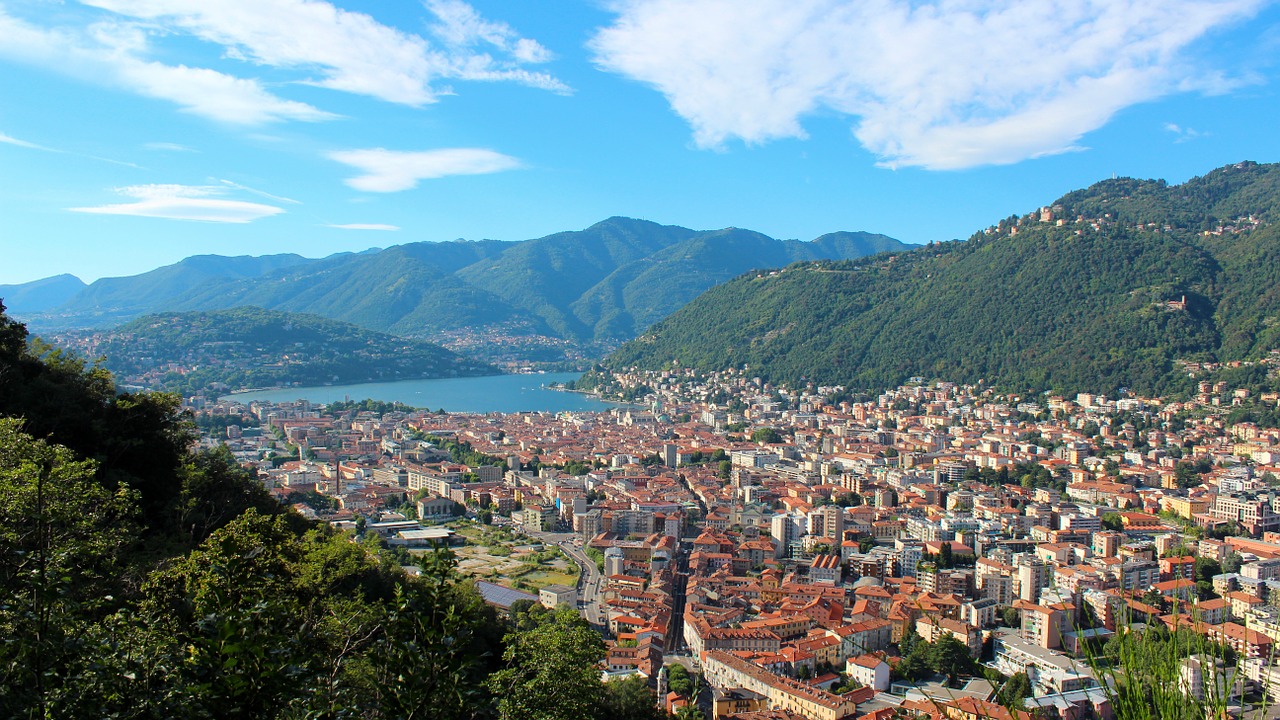 It’s your last full day in Italy—enjoy every moment! Get in those last sips of Italian wine and cappuccinos or get your fill of delicious dishes and desserts. Have all the souvenirs you could ever need? If not, be sure to stop by the local shops for items that will always remind you of your time in Italia. Postcards are the best souvenir—they pack easily and show you the scenes of your trip forever.

However you choose to spend your day, just be sure to soak in every last minute!=

Sip some Italian vino before your departing flight out of Milan. 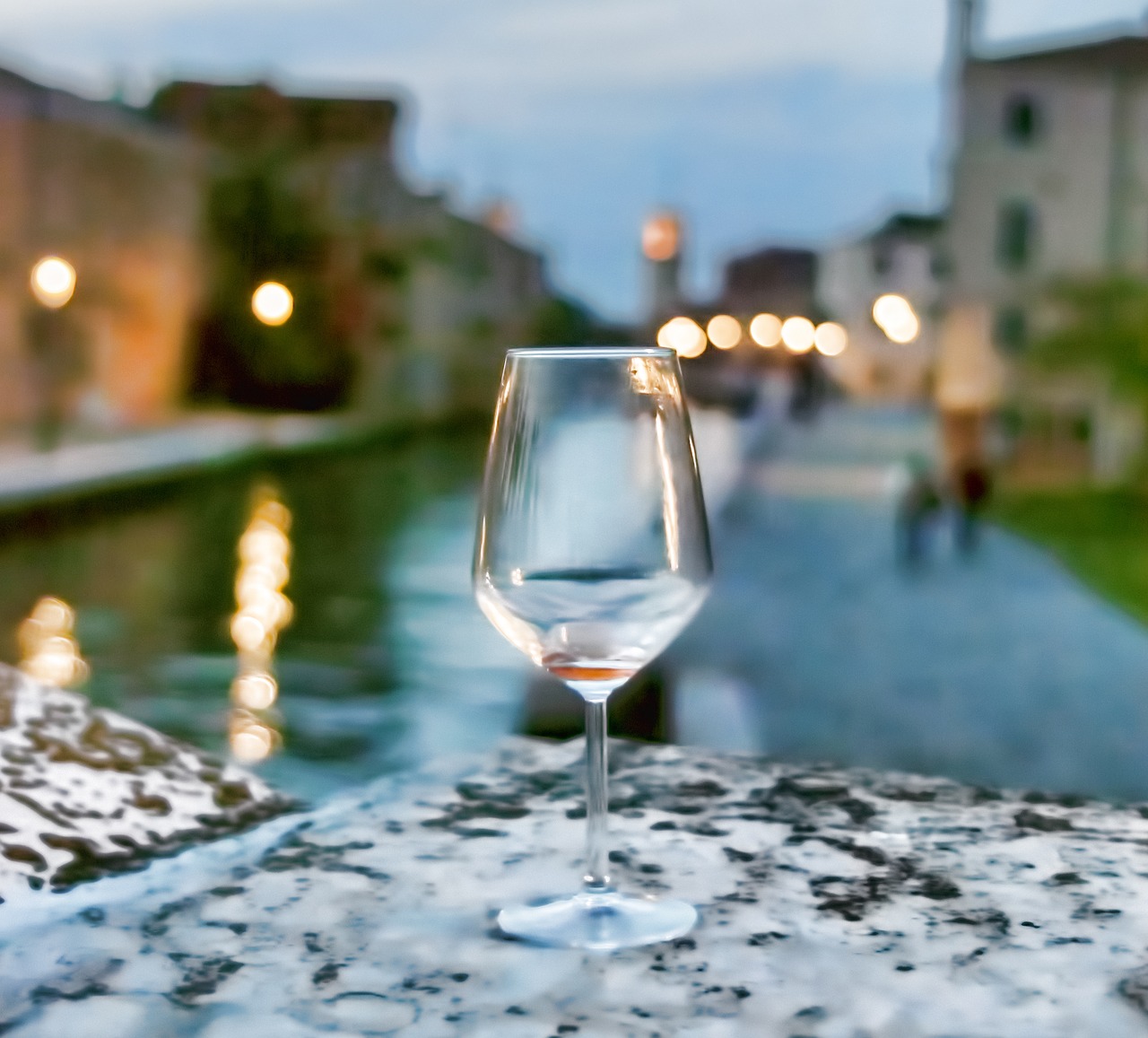 The day has arrived—time to depart from the idyllic Italy. But before you go, grab a glass of wine and relive your trip through journaling, looking at pictures and trinkets picked up along the way, or by talking with those on the trip with you. And hey, a glass or two before a long flight is never a bad idea, is it?

See yourself in Italy?

Can you see yourself on the shores of Lake Como? How about exploring the ruins of Palatine Hill? The beauty of Italy is calling—are you ready to answer? If so, click here to find out how you can get to Italy. Or if you aren’t ready to commit just yet, sign up for our newsletter. 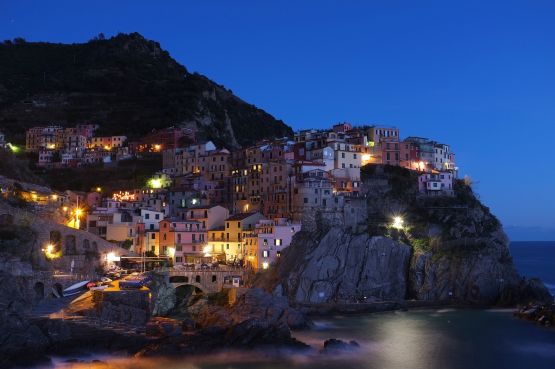 Visiting Cinque Terre - What To See & Do 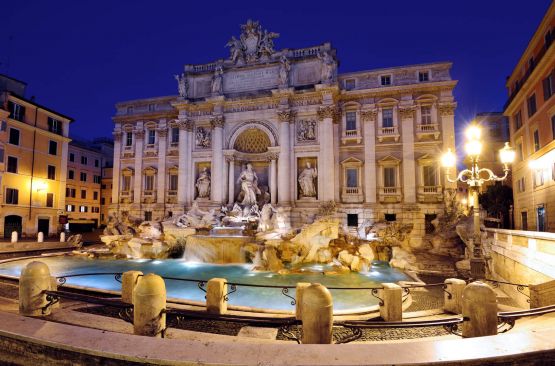 Romantic Fall Holiday Ideas for Your Trip to Italy 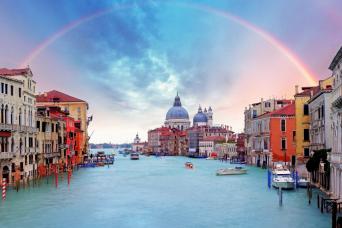