Ever wanted to be Audrey Hepburn nibbling gelato on the Spanish Steps in your own “Roman Holiday?” Too much? How about just mastering the nuances of enjoying this frozen treat like a local when you’re visiting Rome? (How do you say “two scoops, please” in Italian?)

Sure, you’re going to love the history, art, and architecture in Rome, but what you’re really dreaming about is the food—pizza, pasta, and of course gelato, the ultimate Italian treat.

Eating gelato the Roman way is a bit of an art form. There’s tradition, etiquette, and a unique gelato vocabulary you’ll want to know before you go. So if a trip to Rome is on your horizon, brush up on your gelato skills so you can enjoy this frosty treat like a local.

Let’s start with the basics—gelato and ice cream: What’s the difference? 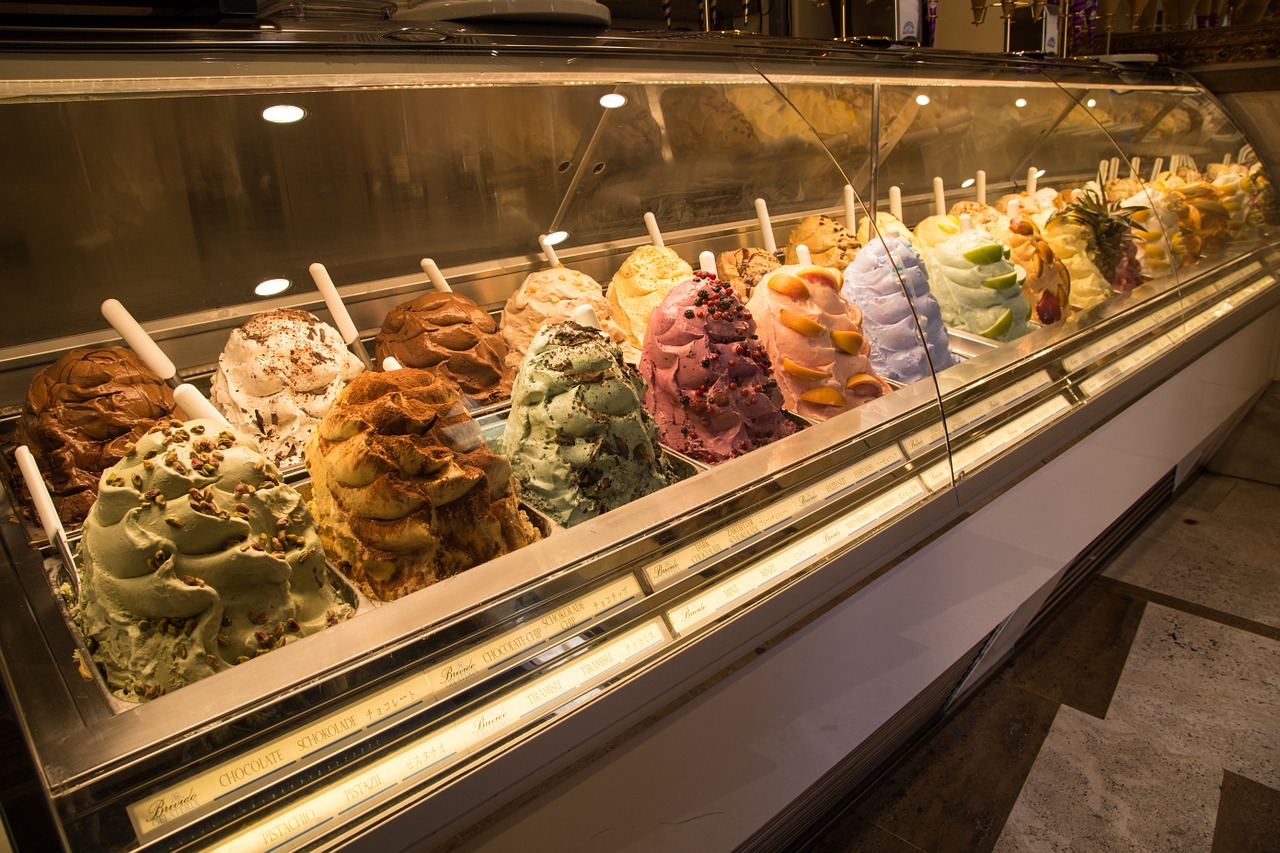 You’d be forgiven for thinking these two cold, creamy desserts are practically the same, but those “little” differences between them make a big difference on your tongue. Even though gelato feels creamier and more rich, it’s actually made with more milk than cream, and that lovely texture comes from the slow way its churned.

Ice cream, as you’d guess, is made with more cream, but it’s churned much harder and faster than gelato, so it’s much airier. It’s also served a good bit colder than gelato—if you served ice cream at the temperature gelato is served, it’d melt into a puddle.

Gelato’s dense, velvety texture is perfect at about 25℉, a temperature that intensifies its rich flavor. It’s another reason it’s so refreshing all year long.

Gelato has a pretty exalted history. 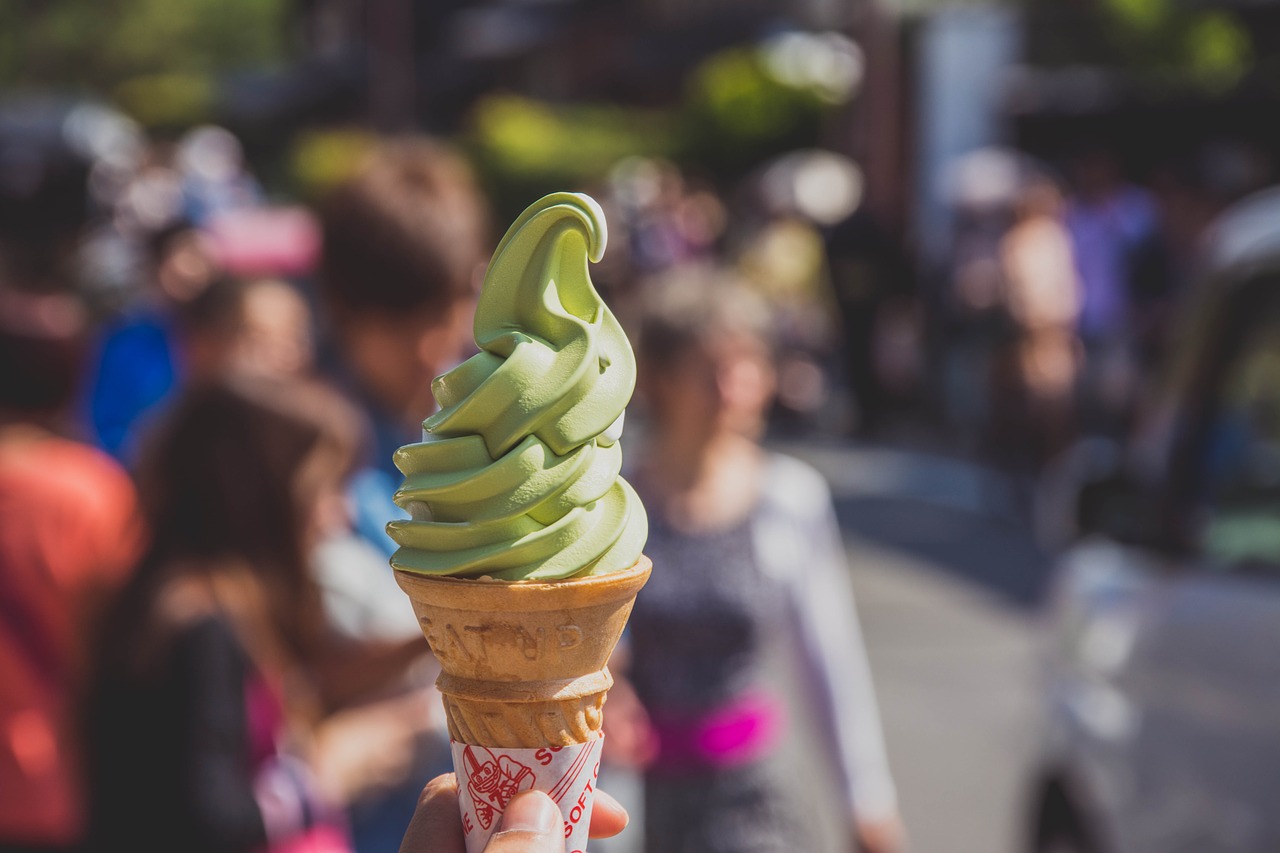 One could argue that gelato has biblical roots—Isaac offered sweetened goat’s milk over ice to Abraham, after all. But most food scholars trace the birth of modern gelato to Bernardo Buontalenti, who created a recognizable version for Catherine de Medici, which became the talk of Florence (which is why the city is known as the birthplace of gelato).

It took a Sicilian, Francesco Procopio dei Coltelli, to bring gelato to the rest of Europe. He opened Cafe Procope in Paris in 1686, and well, the rest is history.

Italians love their gelato so much, there’s even a museum for it in Bologna. 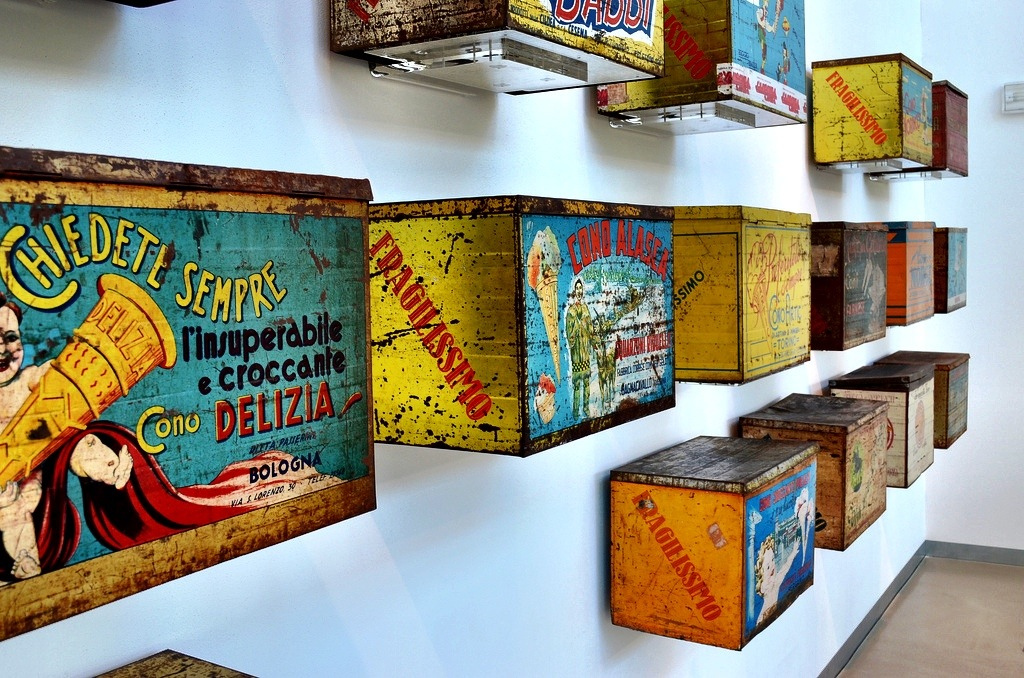 Gelato Museum Carpigiani opened in Bologna in 2012 with over 1,000 square meters of modern space dedicated to this frozen delicacy. It’s even on Zagat’s list of the coolest new museums in the world—no pun intended. Did you know that Italy boasts some 37,000 gelateria?

After you’ve eaten your fill of gelato in Rome, and maybe visited Florence, its birthplace, it’s worth your time to venture to Bologna to pay homage to the treat at the Gelato Museum. 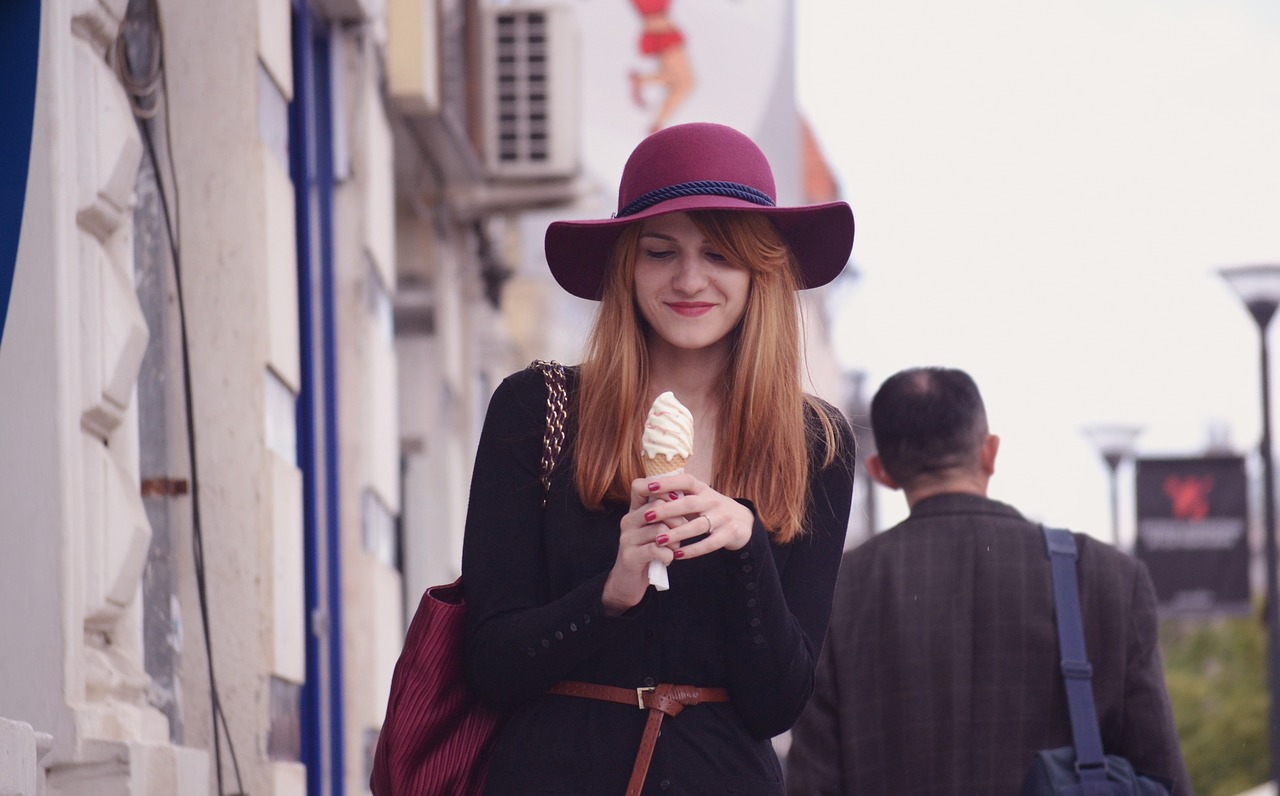 Nothing marks you as a non-native like not knowing how to order what you want. The best Roman gelateria label their flavors in Italian only, so if you don’t know the basics, you won’t get what you want.

Let’s look at the four main categories of gelato flavors, chocolates, nuts, fruits, and cream, and the most popular flavors of each.

Cioccolato con peperoncini - chocolate with a dash of hot pepper, all’azteca, or with cinnamon, is another variation.

Pistacchio - OK, you already know that one.

Now for a little gelato etiquette. 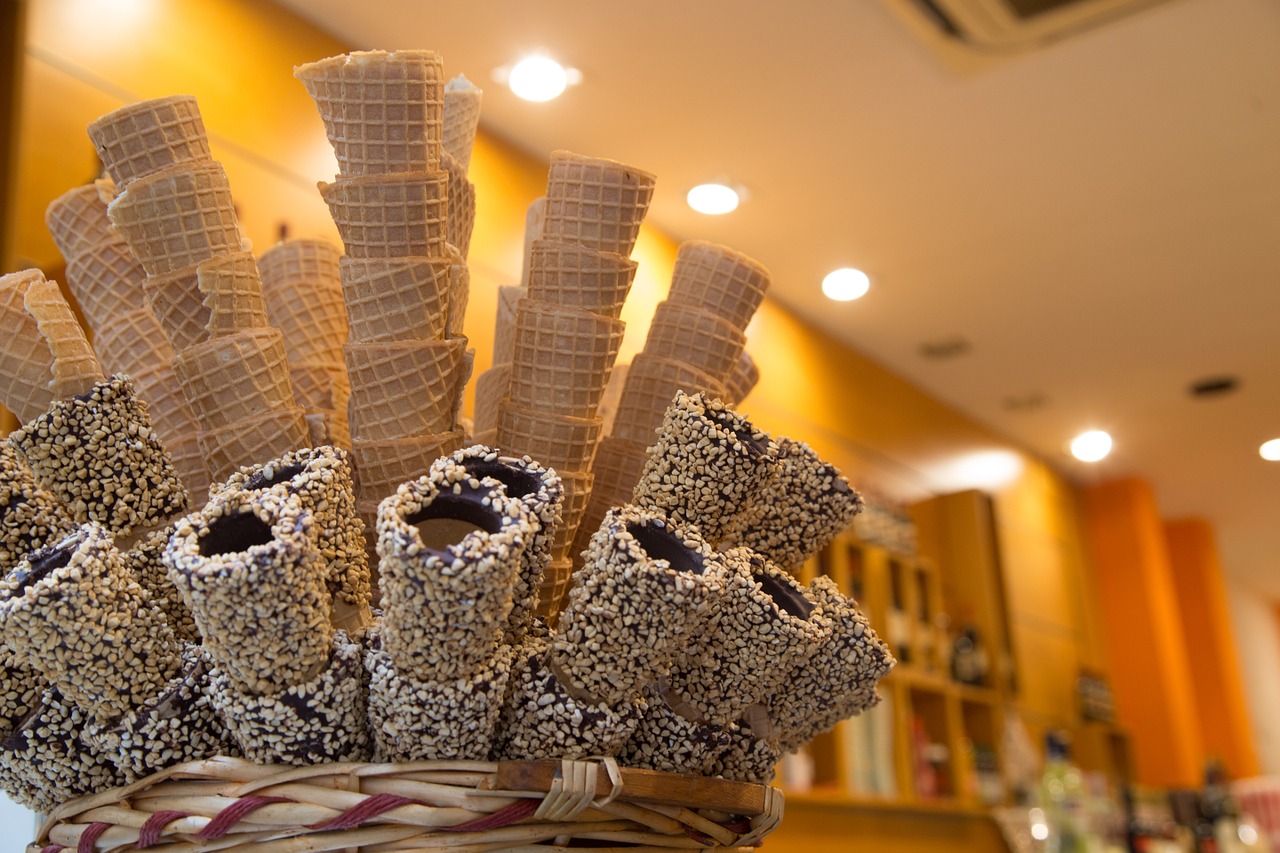 Now that you know your flavors, you’re ready to step up and order. First things first—coppa or cono? Although not every gelaterie offers both cups and cones, most do, and you’ll probably even have a few different cone-types to choose from. Of course, you may want to decide on how many scoops you want before deciding on a vessel!

In Rome, you’ll pay for your order—before you’ve actually given your order to the person who will scoop it. It works like this: You’ll tell the “cashier” that you want una coppa con due gusti, per favore, or “a cup with two scoops.” Then you pay, get your receipt, and move to the gelato counter where you choose your flavors.

Once you’ve decided, you hand your receipt to the person behind the counter and request your flavors. Note that while you can sample a flavor or two before you order, it’s best to just make a decision and stick with it. And if your server asks if you’d like your gelato con panna, always say yes! Nothing makes your frozen treat tastier than a heaping pile of whipped cream. Remember to say “grazie” after you’ve been served.

If you really want to enjoy your gelato like a Roman, order it at dusk before passeggiata to nibble as you stroll along the Via del Corso.

Don’t forget to sample some other awesome Italian desserts. 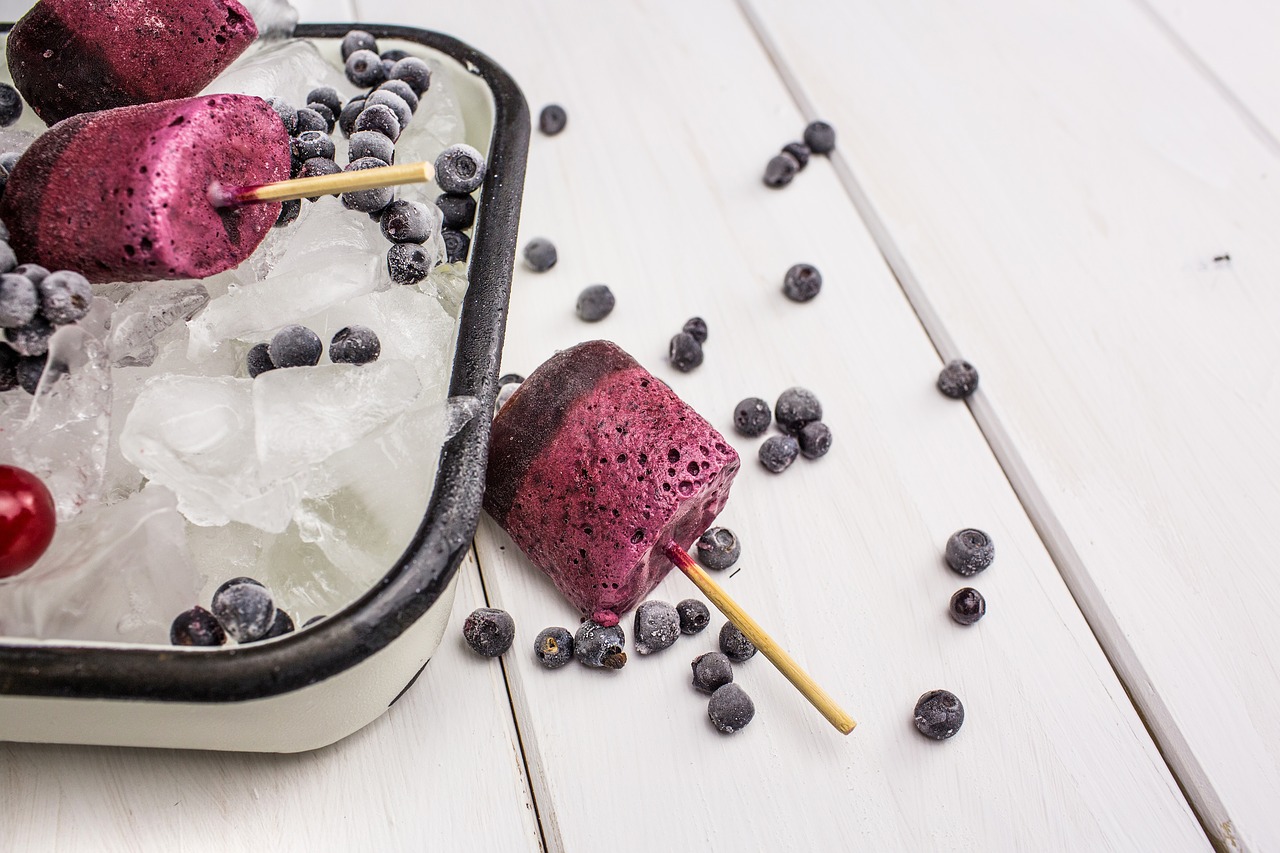 Let’s be honest, summers in Rome can be very hot and if you’re not used to the climate, it can be hard to keep your cool. Fortunately, there are lots of lovely frozen treats and desserts to help lower the temperature—at least in your mouth.

If you’re lactose intolerant or just don’t feel up to a heavy, creamy treat, you might love a grattachecca, the Roman version of a sno-cone. You might also hear it called granita, but whatever you call it, look for this delicious shaved ice with flavored syrups at kiosks in Testaccio and Trastevere.

And if you like sorbet, you’ll love the Italian version, sorbetto. Sorbetto has the same churned consistency as gelato, but there’s no egg or dairy, just fruits, juices, and water.

Need a little pick-me-up on your walking tour of Rome? Treat yourself to an affogato, which is a lovely dessert consisting of a scoop of gelato with a shot of espresso poured over it, occasionally dusted with chocolate shavings, toasted nuts, whipped cream, or a little caramel drizzle.

Here’s where to find our favorite gelateria in Rome. 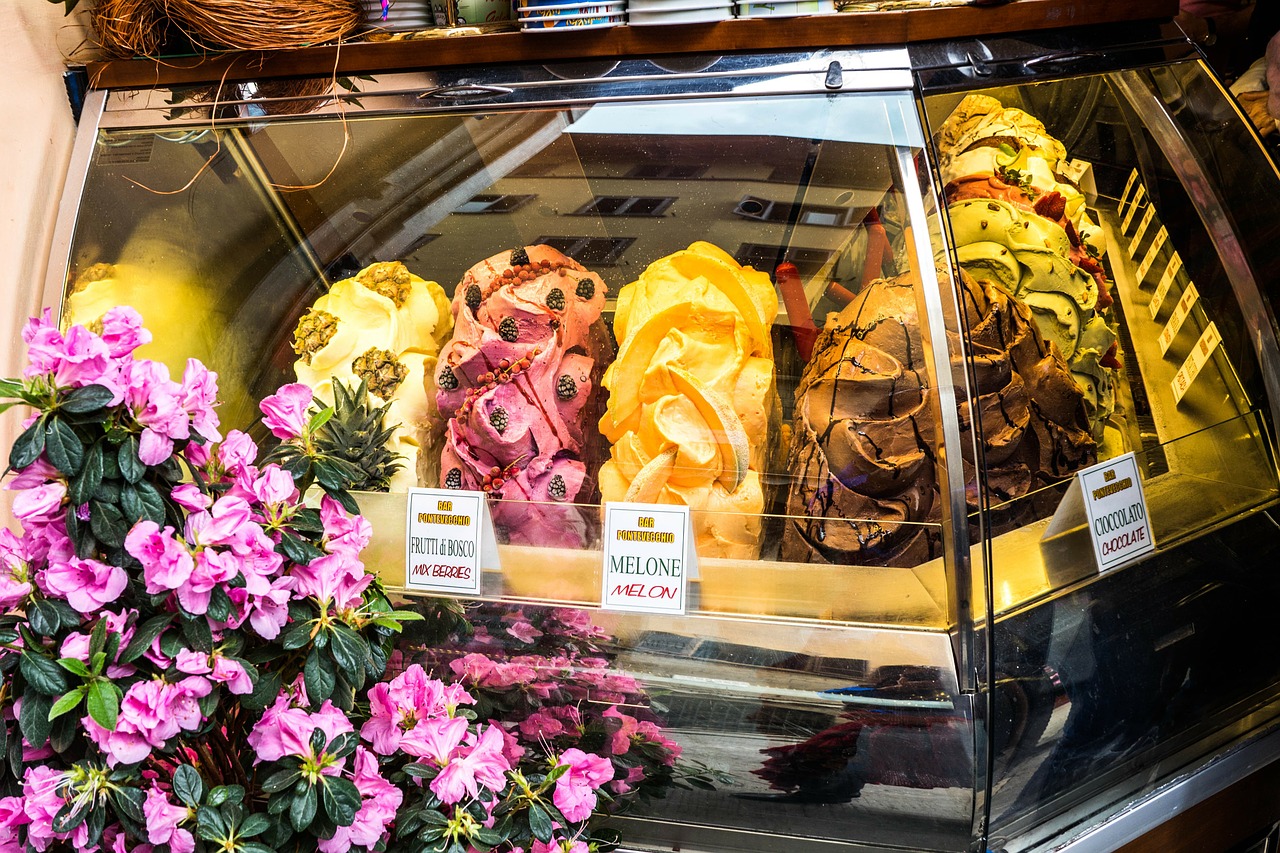 You can take your pick of literally hundreds of shops in Rome, but here are a few of our favorites.

If you want flavors that showcase the best produce of Italy, go to Gelateria del Teatro in Campo dei Fiori. You can enjoy Amalfi coast lemon gelato and almond gelato using Avola almonds from Sicily.

To really understand the soul of gelato, you need to visit Otaleg (gelato spelled backward). Take a class to become a true gelato connoisseur, or even learn how to make it at home.

And to get into the history of gelato in Rome, visit Il Palazzo del Freddo, the oldest gelateria in Rome. Giovanni Fassi opened his shop in the 1880s, and today’s flavors remain faithful to his original recipes.

If we’ve tempted your tastebuds with our ode to gelato, why not get in touch today and start planning your own Roman holiday? And if you’re not quite ready to chat, sign upfor our free email course to learn the secrets of planning the perfect Italian vacation. 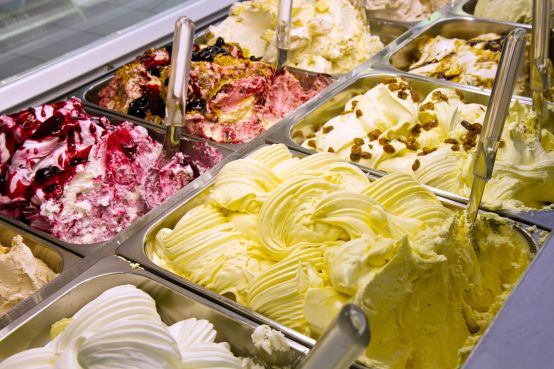 The History of Gelato