The catacombs are the ancient underground cemeteries, used by the Christian and the Jewish communities, above all at Rome. The Christian catacombs, which are the most numerous, began in the second century and the excavating continued until the first half of the fifth.

In the beginning they were only burial places. Here the Christians gathered to celebrate their funeral rites, the anniversaries of the martyrs and of the dead.

You can enjoy Guided Tours of the Catacombs, Appian Way and other hidden treasures to be discovered beneath the streets of modern-day Rome with Avventure Bellissime and one of their licensed expert Rome Tour Guide.

During the persecutions, in exceptional cases, the catacombs were used as places of momentary refuge for the celebration of the Eucharist. They were not used as secret hiding places of the early Christians. This is only a fiction taken from novels or movies.

After the persecutions, especially in the time of pope Saint Damascus (366 - 384) they became real shrines of the martyrs, centre's of devotion and of pilgrimage for Christians from every part of the empire.

In those days in Rome too there existed cemeteries in the open, but the Christians, for several reasons, preferred underground cemeteries. First of all, the Christians rejected the pagan custom of cremation; they preferred burial, just as Christ was buried, because they felt they had to respect the bodies that one day would rise from the dead.

This genuine belief of the Christians created a problem of space, which exerted a great influence upon the development of the catacombs. The areas owned by the Christians above ground were very limited in extent. Had they used only open-air cemeteries, since they as a rule did not reuse the tombs, the space available for burial would have quickly been exhausted.

The catacombs came as the solution of the problem; and it proved to be economical, safe and practical. In fact it was cheaper to dig underground corridors and galleries than to buy large pieces of land in the open. As the early Christians were predominantly poor, this way of burying the dead was decisive.

But there were other reasons too for choosing the underground digging. The Christians felt a lively community sense: they wished to be together even in the "sleep of death".

Furthermore such out-of-the-way areas, especially during the persecutions, were very apt for reserved community meetings and for the free displaying of the Christian symbols.

In compliance with the Roman law, which forbade the burial of the dead within the city walls, all catacombs are located outside the city, along the great consular roads, generally in the immediate suburban area of that age.

Information on the Catacombs

There are five catacombs that are open to the public: 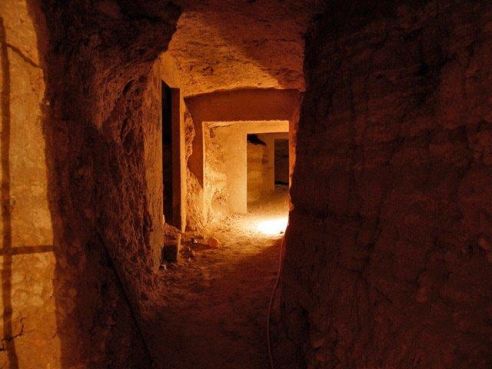 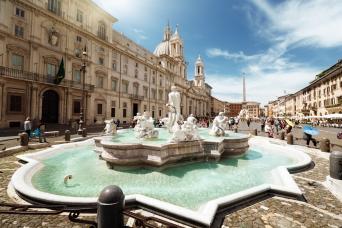 Private Best of Rome by car