It wouldn’t be hard to argue that Italy has more incredible places to explore per square mile than anywhere else on the planet, and something for absolutely every traveling style.

Bassano del Grappa in Northern Italy’s Veneto region (which also includes Venice, Treviso, and Verona) is one such place, and it’s an especially great “borghi” (comune or community) to visit in the Fall.

Bassano del Grappa, which “lies at the foothills of the Venetian Prealps”, was “founded in the 2nd century BC by a Roman called Bassianus, whence the name, as an agricultural estate. However, an ancient bronze sword (called “spada di Riccardo”), found in 2009 and dating back to the 7th century BC, possibly between the 18th and 15th century BC, suggests that the area of Bassano was already inhabited not just in the pre-Roman period, but possibly even in the pre-Venetic period”.

An impressively long history, for sure! And, also, an interesting one:

“In 1368 [Bassano del Grappa] was acquired by the Visconti of Milan and, in 1404, by the Republic of Venice…During the French Revolutionary Wars the city was the site of the Battle of Bassano. In 1815 it was included in the Kingdom of Lombardy-Venetia, and became part of the unified Kingdom of Italy in 1866…In World War II, after the Armistice with Italy, the city was invaded by German troops, who killed or deported numerous inhabitants” (wikipedia.org).

A symbol of strength and resilience

Bassano del Grappa’s most famous landmark is the Ponte Vecchio (in English, the “old bridge”), a wooden bridge designed by famous Italian architect Andrea Palladio — oft-called one of the most influential architects in Western history — in 1569 that crosses the mighty Brenta River. And though the bridge was destroyed countless times over the course of Bassano del Grappa’s tumultuous history, it still stands today — attracting history buffs, tourists, and veterans, who pay homage to fallen soldiers there (wikipedia.org).

See it for yourself!

Avventure Bellissime offers a variety of Italy tours and Italian vacation packages that include stops in Veneto.

One of our most popular is the Small Group Hill Towns of Veneto Venice Day Trip. This exciting 9-hour tour takes clients by comfortable car from Tronchetto in Venice along some of the country’s most scenic backroads through the magical foothills of the Dolomites to the Prosecco wine region, where the tour ends with a wine tasting at a charming local winery.

Along the way, the visit to Bassano del Grappa is always a favourite.

Relax as you explore the beautiful hill towns and take in the local culture. Stroll the narrow streets, relax in the spacious squares, check out the world-famous ceramics shops, try the local grappa, and experience the wines for which the Veneto region is known.

Meandering back through Veneto, this tour takes guests through palatial villas, renaissance palaces, and lush gardens. Drink in the spectacular countryside that has inspired so many poets and writers over history with its beauty.

If you’re lucky enough to be travelling with the Avventure Bellissime Italy travel team through Veneto to Bassano del Grappa during the Fall, you’re in for a treat:

Like many of these undiscovered comuni throughout Italy’s undiscovered countryside, Bassano del Grappa comes alive in September and October. Festivals here and in neighbouring “borghi” that highlight the work of local artisans, seasonal foods and wine, and the beauty of nature abound.

For example, “Grappa distilleries in the Vicenza province hold Open Distillery days the … second Sunday of October. There’s [also] a city fair with open-air market the first Thursday in October and a fireworks competition the second Sunday in October” (goitaly.about.com).

And during the second weekend in September at the Villa dei Cedri in Valdobbiadene, Treviso (Veneto) “hundreds of labels of Italian sparkling white wines will be [shown] in this wine event; these wines come from Veneto and other Italian regions” (trevisoinfo.com) — a great way to experience the wines for which this region is famous!

The Avventure Bellissime team is excited to help you plan your next Italy trip — to Veneto and beautiful Bassano del Grappa or beyond. Click here to get started. 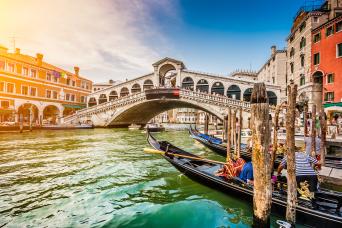 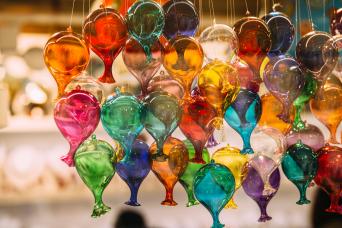 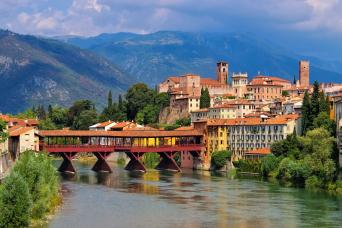