Tourist city guide for the San Polo District of Venice includes tourist info on the second most important area of the city of Venice in terms of historical importance and tourist attractions for the visitor to Venice.

The San Polo district of Venice is made up of a complicated system of back-streets and meandering canals, and is one of the most confusing parts of the city to explore. So join our popular Rialto market and Secret Venice Walking Tour to enjoy an in-depth guided tour of the San Polo district.

Our Small group and Private walking tours of the Hidden Venice concentrate on the San Polo district of Venice. On these fascinating walking tours led by one of our expert licensed Venice tour guides you'll discover a part of the city that boasts soem of the most photogenic and romantic parts of the city

Attractions located in the San Polo district of Venice include:

The Frari Church is a fine example of Venetian Gothic architecture and is laid out in the form of a Latin cross. The central nave contains the old choir stalls for the Friars, and is the only example in Venice where they have maintained the original location and structure. The Church houses three precious works of Art; Bellini's Madonna, Canova's funeral monument and Titians Assumption.

San Polo is also home to the Rialto Market, which used to be the centre of trade and commerce for the Venetian Empire. Today, from Tuesday to Saturday in the morning hours there is still a major market here beside the Rialto bridge. The Fish market offers remarkably good value for money for those of you renting apartments.

As you walk through the narrow and meandering streets of San Polo you'll be passing by some of the oldest buildings in Venice. Also, along these narrow passageways you'll walk through the old artisan quarters of Venice, and the red-light district of Venice in ancient times.

The Scuola Grande Di San Rocco, is a 16th Century Renaissance building dedicated to Saint Roch the protector of the sick and plague stricken people. The building is still active as a popular venue for Classical Concerts in the evenings. It contains an extraordinary collection of works by Tintoretto.

Campo San Polo, is one of the largest squares of Venice, and is at the heart of the San Polo district. Throughout the calendar year it's a venue for numerous events, especially during the Carnival and the Venice Film Festival.

The district of San Polo offers numerous fine restaurants hidden away in its back-streets. Like the Cannaregio area, there are still Venetians living in this part of the city and so prices are reasonable and the cuisine is traditional. Also, near the Rialto, you'll find numerous wine bars, where you can try numerous Venetian snacks while enjoying delicious local wines at very reasonable prices. 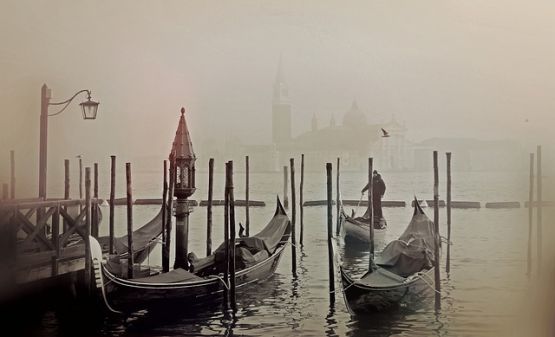