How to Get to Malpensa Airport: by Car, by Train, by Bus

How to get to Maplensa Airport from Milan, general information on the layout of the airport, as well as private transfers between Maplensa, Milan & Venice.

One of the major points of arrival in Italy for international passengers coming to Italy from outside the European community, Malpensa Airport is located 30 miles (48 Kilometres) from the centre of Milan. Due to increases in air traffic to Milan the Malpensa airport was developed at the end of the nineties to become the new international hub of Milan.

In 1998, they opened the new Terminal 1 which was designed to cater for up to 24 million passengers a year. Extensive car-parking facilities and a fast rail link to Milan were also added to provide the facilities required by the airport to become one of the major international hubs in Italy. The old terminal was re-christened Terminal 2 and is utilized mainly by charter rather than scheduled airlines. The two terminals are an eight-minute bus ride from each other. The shuttle buses that run between the two terminals are free of charge and operate every ten minutes.

The new airport terminals at Malpensa airport have been designed around the needs of the modern-day air-traveller. All arrivals and departures facilities are located at street level. The interior has marble floors and air conditioning, a cool oasis in Italy's summer heat. Signs are both in Italian and English and first time passengers cannot go far wrong. In the Arrivals area there is easy to find information for onward flights.

For many years Linate airport, closer to the city centre of Milan was the main city airport. And in fact, when the new Malpensa airport was opened all carriers except the national carrier "Alitalia" were moved to the newer airport further from the centre of the city. In many people's eyes this move gave the national carrier of Italy an advantage, and also caused many potential problems for air travellers who were forced to transfer between airports. Nowadays, the majority of Alitalia flights connect out of Malpensa, but always make sure at the time of booking flights that are via Milan that they do not arrive in, and depart from different airports.

Throughout both terminals at Malpensa airport you'll find information points for assistance on transfer flights, baggage claim and directions on how to get to Milan. For business travellers you'll also find a centre designated to the needs and requirements of business travellers including workstations, fax, photocopier, personal computer, videoconferencing, Internet access, conference rooms and translation facilities. Along with banks, money exchangers, public telephones, first-aid and pharmacy, as well as a wide selection of shops the traveller using the Malpensa airport in Milan is a well serviced one.

Make the most of your time in Italy with our innovative program of Transfer-Tours through which you can combine a tour with your transfer to/from Malpensa airport in Milan to experience other parts of Italy in-between Italy's major tourist destinations. If your planning to travel from Venice or need a transfer from Venice to Malpensa why not take a special transfer-tour where you can stop en route to experience Romeo & Juliets Verona, or a wine tasting and tour of the world-famous Valpolicella wine region, or perhaps a boat tour of Lake Garda.

A simple transfer from Malpensa airport to Milan can be customized to combine a tour of the city or perhaps a shopping tour of the famous outlet stores located near Milan, not to mention the option of touring Lake Como before arriving at your destination. For more information on transfer-tours ..........

The roads of Milan are typically on a daily basis overrun by automobiles, and even though the Malpensa airport is located thirty miles from the centre of Milan drivers should allow plenty of time to arrive at the airport. One of the constant complaints about Malpensa airport is the poor level of infrastructure between the city of Milan and the Airport. The typical journey time between Milan & Malpensa airport is around 50 minutes, but can be a lot longer at peak times. Both Terminals have ample parking facilities for passengers arriving by train.

With a journey time of around 50 minutes, a taxi-ride from Malpensa to Milan at an average cost of 65 - 75€ may seem to many as expensive. But, remember this service is directly to your hotel without the hassle of changing trains or buses or trams, or even all three to finally arrive at you hotel. Also, when you add up the cost of utilising the other types of transportation for three or more people the taxi is actually better value for money and certainly a lot more convenient.

The Malpensa Express departs from the airports Terminal 1 for Milan's Cadorna railway station every 30-minutes, and en route it also serves Milan's Bovisa and Saronno railway stations. The trains run from 6.45 a.m. until 9.45 p.m. and the journey time between the city centre of Milan and the airport is around 40 minutes. The one-way fare is 13€, and round-trip rail fares start from 20€ per person. But, you probably need to continue your journey on the underground railway system of Milan or travel by bus to get to your hotel as the Cadorna railway station is not centrally located.

There are also rail links to Milan central railway station located in the heart of Milan, and Milan's main railway station for those planning to travel from Milan to other parts of Italy by train.

Bus services run from Malpensa airport are located outside the arrival areas of Terminal 1 serving Milan and beyond. A shuttle bus operating to the city centre operates from 6 a.m. until midnight every twenty minutes with a journey time of one-hour. From the same location you'll find a shuttle bus operating to Terminal 2, and a local service to Gallarate station to connect with the main line rail link to Milan's central railway station. There are also bus links from Malpensa to Como, Turin, Genoa, Novara and Pavia. 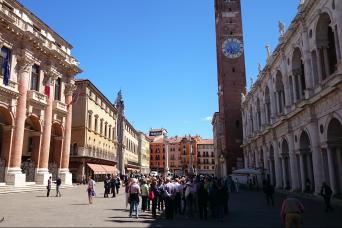 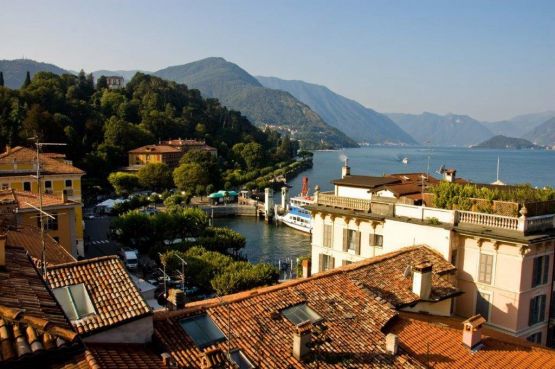 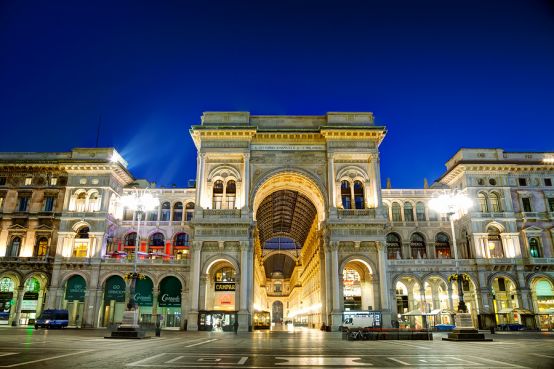 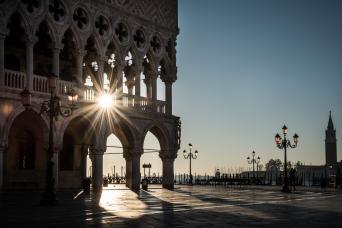