Venturing into the city of Venice is like taking a trip to an earlier time in many ways. This grand city of waterways located in the north of Italy has preserved its history well through architecture.

Walking through Venice you can admire some of the beauty, but travelling on the water is getting to know the city more personally for it is along the waterways you experience the true pulse of day-to-day life and the legacy of past generations.

The Grand Canal, which is the main waterway, is slightly longer than three kilometres and divides the city in two parts. What people often don’t realize until they get to Venice is that the canals are not just for show, the city’s inhabitants actually rely on them to travel around the city. In fact, the majority of traffic in the city is on water.

While the first image people typically associate with Venetian canals is of the gondola rides long popular with tourists, these pole-driven boats are vastly outnumbered by motorized private water taxis and public water buses that are called vaporetti. You will also see police and fire boats, barges to transport goods, and even funeral barges.

If you take Avventure Bellissime’s Venice hour-long canal tour you have the opportunity to tour the areas of Venice that can only be visited by boat, including places not part of public transportation routes and even some inaccessible to gondola.

The first part of the tour explores the Grand Canal, which is lined by stunning examples of architecture from the Romanesque, Gothic, and Renaissance periods. It boasts four bridges, the oldest of which dates to the late 16th century. Our expert guides narrate the voyage, interpreting each beautiful façade to explain the history and purpose of each palace, museum, church, and public building—complete with secret details about daily life and fun facts.

The second part of this tour is a relaxing trip through the minor canals of Venice. You travel through four city districts off the beaten track to see more of the city. This is less touristy and non-commercial and the guide will share more anecdotes and information about people both famous and infamous.

Lauren R. of Orlando, posted recently on TripAdvisor that she and her husband used Avventure Bellissime to coordinate their October honeymoon to romantic Italy and were happy with their trip. Not only did they appreciate how Avventure Bellissime would customize their trip to suit their preferences, she says that everything was as advertised and went very well.

As part of their honeymoon they opted to take the Grand Canal tour and thoroughly appreciated their view of Venice from aboard a luxurious motor-launch.

“Small Group Grand Canal Boat Tour: One of our favourites. In our view [this is] one of the best ways to see the city. The tour took us through some narrow canals and out around the edge of the city. The guide was great and we had a great time,” writes Lauren. “Needless to say, they helped make our honeymoon one we will never forget.”

The best part of hearing Venice’s secrets, after all, is having someone special to share them with. 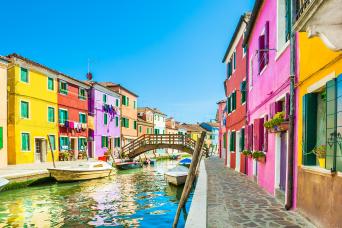 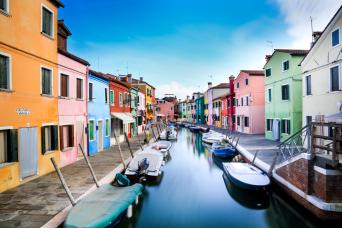