For Christians, Easter is a bigger celebration than Christmas because it marks the resurrection of Jesus Christ and the promise of life after death.

While many travellers think first of Rome and the Vatican for Easter, Florence is a wonderful city to visit during Holy Week with an exciting ages-old tradition held annually on Easter Sunday. For more than three centuries the citizens of Florence have enjoyed a procession from the Church of Santi Apostoli (Holy Apostles) to the Piazza del Duomo outside the Basilica di Santa Maria del Fiore (Basilica of Saint Mary of the Flower).

This exciting celebration takes place each year on Easter Sunday in an elaborate ritual called the Scoppio del Carro (Explosion of the Cart). The roots of this extremely popular tradition date back to the time of the Crusades.

A religious festival with ancient roots

A Florentine named Pazzino de Pazzi, a noble by birth, took part in the Crusade in 1099; the Crusades were holy wars waged from about 1095 to 1291 by Western European Christians against followers of Islam to restore Christian access to holy sites in and around Jerusalem.

Legend holds that Pazzino de Pazzi of Florence was the first of the crusaders to scale the walls of Jerusalem. He carried the flag of the Crusaders, declaring victory over their enemies as they reclaimed the Holy Sepulchre, or the tomb where the body of Jesus was laid before the resurrection.

For his bravery and daring, Pazzino de Pazzi was given three splinters of stone from the Holy Sepulchre, which he brought back to share with his native city of Florence and where they are today in a reliquary in the Church of Santi Apostoli. When the stone splinters are struck against each other they spark, like flints. Stories are told of the citizens and families of Florence carrying torches lit by the holy splinters through the city in a procession of triumph. Over time this procession evolved until about 1622. Around this time, a large towering cart was constructed and filled with fireworks and theScoppio del Carro began.

This year Easter Sunday falls on March 31 and just like every Easter Sunday for over 350 years the people of Florence will be waiting to see a special ornate wagon make its way to from the Church of Santi Apostoli to the great basilica near the Piazza del Duomo. The procession, which is free to all merrymakers, usually starts about 10 a.m. and culminates in explosive fireworks at around 11 a.m.

During the morning Easter Mass, the priest strikes the three holy splinters to create a spark to light the special Paschal (or Easter) candle. He then lights coals with the flame from the holy splinters, which are taken to a special container in the specially constructed cart and taken to the Archbishop of Florence at the basilica.

The cart is quite incredible to see, with a height of roughly 10 meters (or equal to a building of about three storeys tall). Florentines have nicknamed this towering structure the Brindellone. It is hard to accurately translate this word, but it is a Florentine term used to describe someone tall and awkward. It is very apt because when the extraordinarily tall cart is pulled by a pair of oxen it doesn’t move gracefully through the ancient streets.

The oxen used to pull the Brindellone for the procession are usually white and their horns are decorated gold for the occasion. Draped in garlands and finery, the oxen bring the cart through the streets of Florence past the throngs of people out to celebrate Easter by watching the Scoppio del Carro. The procession includes drummers, flag throwers and people dressed in historic costumes. City officials and religious clerics also participate in the procession.

The Brindellone finally reaches the Piazza del Duomo outside the Basilica di Santa Maria del Fiore, carrying the coals lit by the flame from the three holy splinters and a veritable arsenal of fireworks. Huge crowds surround the cart, their excitement palpable, as the coals are taken inside to the Archbishop of Florence at the altar. Everyone waits for the moment during the Mass when the Gloria is sung. At this moment, the Archbishop of Florence uses the fire from the coals to light a firework made in the shape of a dove known as the Colombina. A dove symbolizes the Holy Spirit.

The lit Colombina is sent on a wire from inside the basilica to thePiazza outside where it strikes the cart and sets off a spectacular fireworks display. This is the Explosion of the Cart and the crowd cheers with every bit of spark and flame that celebrates the resurrection of Christ. Tradition holds that a successful Scoppio del Carro will bring the citizens of Florence good luck for the year ahead and a good harvest.

If you are coming to Italy over Easter, either visiting Florence, Rome or Venice—or all three destinations!—Avventure Bellissime offers small group tours conducted by local, expert, English-speaking Italian guides. We’ll help you *understand* the history and art of our beautiful cities and give you insight into Italian life and traditions. 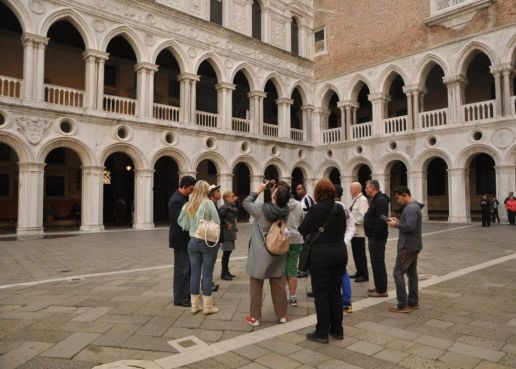 Spend a Fun and Festive Easter in Italy 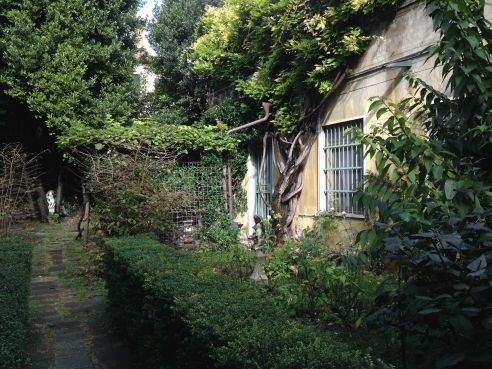 Easter in Italy! The very best of our “bel paese” during Springtime