All the Tourist Information for Visiting the Vatican

If you are planning to visit the Vatican in Rome, Italy you will find the following pages helpful in planning your trip.

The Vatican is one of the most popular tourist attractions in the world and if you are visiting the Vatican Museums, visiting the Sistine Chapel and visiting Saint Peter's Basilica try to book Vatican tickets in advance to avoid long public lines.

Avventure Bellissime offers in-depth small group Tours of the Vatican, as well as other types of Vatican Tours that include skip the line tickets and the tours of the Vatican are led by expert licensed Vatican tour guides

The word VATICAN is an ancient place-name of Etruscan origin. In pre-Christian times it was applied to a vast area of swampy land stretching between what is today Trastevere and Monte Mario. During the Imperial age, however, the area was transformed into sprawling parks, with huge arenas built for sporting events.

In fact, what is now Saint Peter's Square was probably a circus for chariot racing, and the site where early Christians in the early part of the 4th Century, constructed a great basilica on the site of what is thought to be St. Peter's Tomb. The current St. Peter's, built during the 16th and 17th centuries, replaced that basilica.

For centuries the Popes lived in the area of the right bank of the Tiber that has become the Vatican City, but the Vatican only developed into the Church's governmental center in the 14th Century when Pope Gregory XI returned from exile in Avignon.

And it was not until 1929, when the Lateran Treaty between Italy and the Holy See recognized its sovereignty and defined its boundaries, that the State of the Vatican City was established as the official home of the Pope and the center of the Roman Catholic Church.

The Vatican is the smallest sovereign state in the world (its 108 1/2 acres make it one-third the size of Monaco). It has its own currency, postal service, passport, newspapers, radio station and railroad system. Its population of less than 1000 consists almost entirely of Church personnel, Vatican administrators and representatives of international organizations. 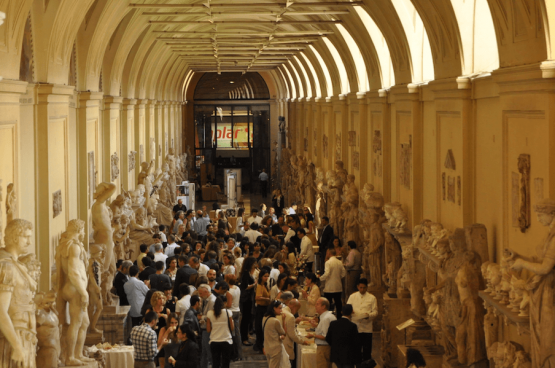 How To Tour The Vatican Without Waiting In Line