The ruins of Pompeii are one of the finest examples of Roman architecture and city planning. Renowned the world over, this archaeological curio draws in tourists and historians alike, all seeking a connection to the past and a tangible experience of what it was like to live as the Romans did.

Pompeii was laid low by the eruption of Vesuvius in 79 AD, but its story endures to this day. Here’s the Avventure Bellissime guide to that tale…

The City of Pompeii

Before Vesuvius erupted, Pompeii was a thriving Roman city. Likely founded in the 7th century BC by the Oscans, over the next 7 centuries Pompeii was ruled by the Greeks, and then the Romans from 80 AD onwards.

Just 17 years before Vesuvius erupted, an earthquake struck Pompeii. The damage was so prevalent that much of the city’s population of 20,000 was evacuated. Luckily, most hadn’t returned by the time Vesuvius erupted.

In 79 AD, Vesuvius erupted, sending molten ash, pumice, and sulphuric ashes towards the city of Pompeii. This created a firestorm of molten debris, which engulfed not just Pompeii, but also the surrounding towns of Herculaneum and Stabiae. 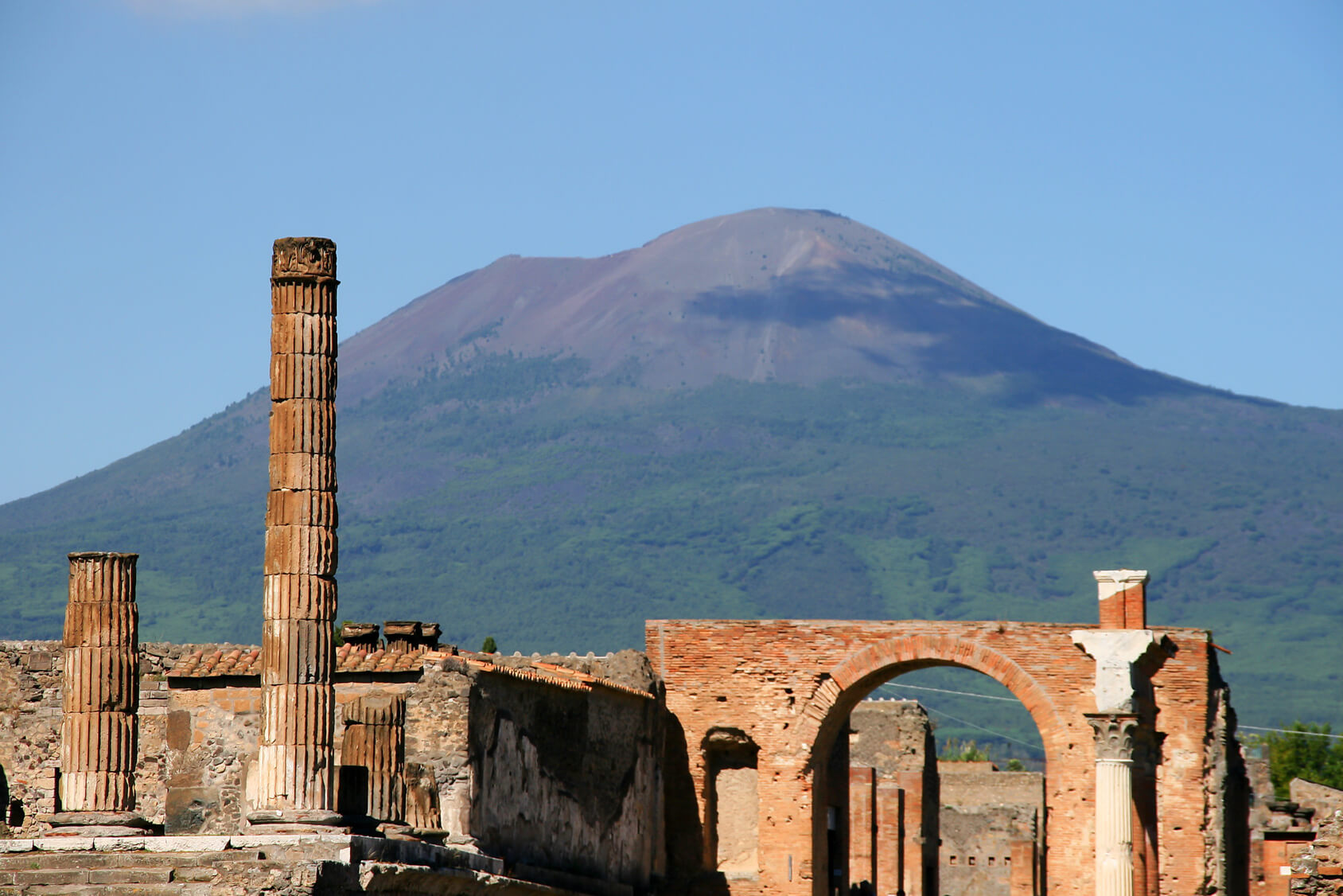 The ruins situated in the shadow of Mount Vesuvius

Due to the nature of the eruption, Pompeii wasn’t destroyed, but buried under a layer of lapilli - burning fragments of pumice stone. This meant that much of the city was preserved, resulting in an archaeological attraction like no other. Tourists can explore remarkably well-maintained Roman streets, and they can wander in and out of millennia-old houses, shops, temples, cafes, and even a brothel.

Why not book a private full-day tour of Pompeii, Positano, and Amalfi?

After the catastrophic eruption of Vesuvius, Pompeii was mostly forgotten about until it was rediscovered in 1594. Domenico Fontana, an architect digging a canal, stumbled across the ruins of the city, however, proper exploration of the site didn’t start until 1748. Since then, much of Pompeii has been excavated and the site, for the most part, is now open to tourists.

If you are travelling as a small group, then our semi-private Day trip from Rome to Pompeii and Amalfi Coast could be the ideal tour for you! 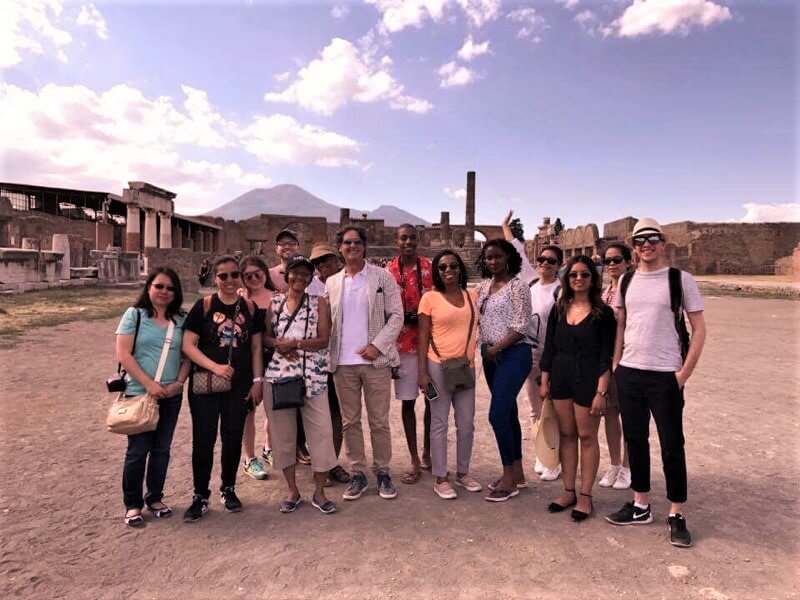 Extensive sections of the Pompeii ruins are open to tourists

A View of Roman Times

Perhaps the best thing about visiting Pompeii is it allows you to see into what it was like to live in Roman times. There’s election propaganda on the walls of some of the homes, there are risqué jokes scrawled on walls, and shop signs that still advertise the name of the owner. This sort of historical information is often left out of the history books, and Pompeii lets you catch glimpses of the people behind the story of Pompeii. 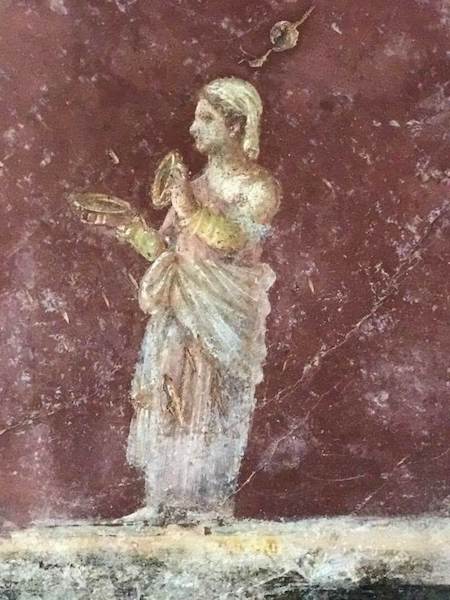 One of Pompeii's many wall paintings

Pompeii lets you see the history of Rome up close and personal. There isn’t really anywhere else like it! When exploring Italy, a trip to Pompeii provides you with insights into where the country has come from. Pompeii is full of tangible links to the past, and in the light of the present, they show just how similar the lives of Roman citizens were to our own. 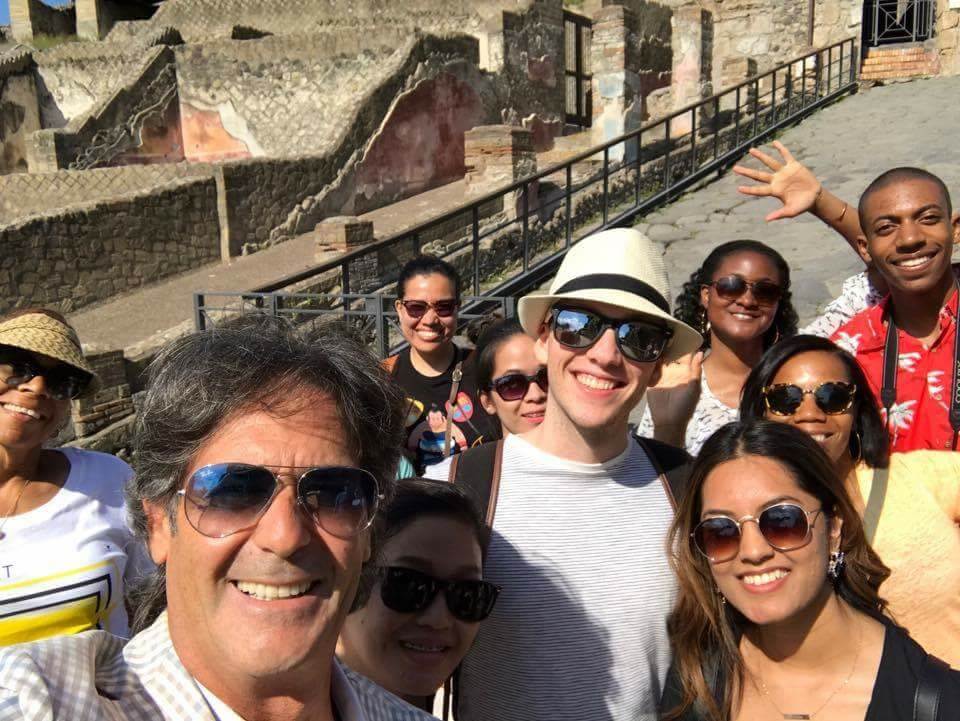 Join us for an unforgettable tour of Pompeii!

If you’d like to see Pompeii first hand, why not have a look at some of the tours on offer from Avventure Bellissime?