Facts You Didn't Know About The Vatican

A visit to Rome, Italy’s capital city, is not complete without a visit to the Vatican.

The official residence of the Pope and administrative centre of the Roman Catholic Church is also a beautiful architectural masterpiece based in the world’s smallest country – the Vatican City. It is both a unique and fascinating location.

Here are a few more facts about the Vatican you may not have otherwise known. They’ve been put together by the team at Avventure Bellissime – the Anglo Italian tour company who have been conducting Vatican tours for years.

If these facts about the Vatican have inspired you to think about holidays in Italy and taking a look at the Vatican and the Vatican City yourself then check out the tours offered by Italian travel experts Avventure Belissime at tours-italy.com

They are the ultimate experts in holidays to Italy and have been running perfect getaway tours in the country since 1999. Avventure Bellissime can organise a private tour, a day-time tour or even an atmospheric night time tour of the Vatican and the Vatican City. And crucially you will be able to benefit from their ‘skip the line’ tours – allowing you to spend more time viewing and less time queuing.

The Ultimate Travel Guide to Visiting the Vatican 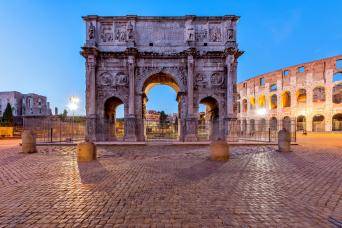