We all tour and visit places for different reasons. Whether you are a history buff, you can’t do without some healthy exercise or you just want to take some memorable pics for your IG account, Florence is the answer. You can combine all these ingredients in one perfect landmark because the Campanile Bell Tower of Florence has it all.

So let’s start with these famous steps

If the panoramic view from Giotto’s Bell Tower is on your must-see list then 414 steps await you. No elevator, just pure exercise and a perfect opportunity to check if your Garmin HRM doesn’t need a new battery. If the Florence Bell Tower steps are not enough, the nearby Florence Cathedral and its 463 steps will not disappoint. With no gym in the vicinity Florentines certainly had to look for other ways to keep themselves fit!

Giotto, one of the most prominent Renaissance artists of all time, became involved in the construction of Il Campanile in 1334. He faced no easy task. The local committee expected the Gothic tower to exceed all the best masterpieces built by Romans and Greeks. Giotto created his own design and aligned the tower with Duomo’s facade, undoubtedly not to obstruct the view of the nearby Dome.

Only 25 years to complete

Even though it’s widely known as Giotto Florence Bell Tower, the famous artist followed the construction only for the first three years before dying of natural causes. Interestingly enough his design was actually flawed and it was Andrea Pisano, his assistant, that saved the day. Legend has it that Giotto died of grief because his design gave the tower “a too small bed for your feet.”  As was typical for those times the Black Death further delayed the works before Francesco Talenti  would eventually finish the construction in 1358.

It’s the decorations that count

In his original design Giotto envisaged a spire at the top but the continuing success of Il Campanile is not due to its final shape but rather the rich ornaments, the colored marble (white from Carrara, green from Monteferrato and pink from Maremma) and the engravings whose originals are proudly displayed at the Museo dell’Opera del Duomo.  The 56 reliefs at the base and the 16 large statues of the higher levels depict  the history of human destiny and redemption.

Curiously, a few years back researchers discovered previously unknown secret rooms in Giotto’s Bell Tower. Though one of them might have served as a treasure vault, others had a rather basic function: lavatories!  The tower  and the nearby Duomo don’t fear modern age. In fact, they went digital and embraced graffiti by placing tablets where tourists can leave their marks virtually. No more writings on the walls from disrespectful visitors!

Are the bells still ringing?

Absolutely. The Campanile Bell Tower in Florence boasts  12 bronze bells of which 7 still perform today. The way of ringing the bells depends on the type of celebration or religious functions.

And last but not least…some practical tips

Are you thinking you won’t be able to climb Giotto’s Bell Tower? Don’t worry! You don’t need to be in great shape to succeed and the Campanile has enough stops if you need to rest on your way to the top. Believe us – the fantastic views of the city are worth the effort!

Planning ahead and you want to make sure you won’t miss the opportunity to see a major landmark? Florence Bell Tower opening hours are very flexible! Usually open 7 days a week between 8.15 am and 6.30 pm it’s available to early morning risers as well as those who like to sleep in.

Do you want to make the very best of your Florence stay? Create your own unique personalized itinerary with the help of our expert tour advisors. Check our helpful suggestions for classic vacations and read exciting stories from Avventure Bellissime’s happy customers. 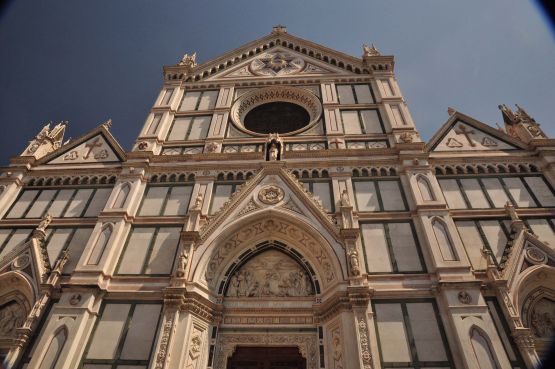 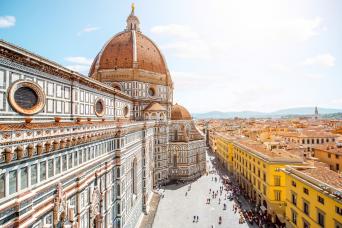 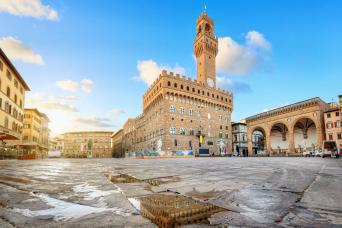